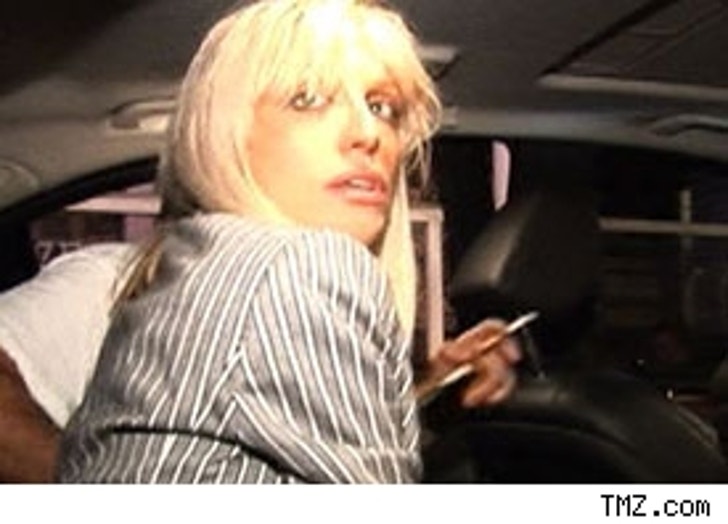 Things must be getting a little lonely on the bullet train to Crazytown, because now Courtney Love is trying to drag Kurt Cobain's mother and sister on board.

The rocker/actress/space cadet left several rambling messages for the New York Post recently, defending her unfounded conspiracy theory that she was hoodwinked out of $200 mil by some ultra-crafty scam artist. But in the messages, she also claimed the mother and sister of her ex Kurt Cobain almost got sheistered out of their homes too!

Of course, Cobain's ex brought all the hand-written, chicken scratched proof to the LAPD earlier this month, but we're told the police didn't take her claims seriously. One source even told us "it never happened." And don't forget this -- we're told Courtney has been diagnosed with bipolar disorder. So just consider the messenger on this one.