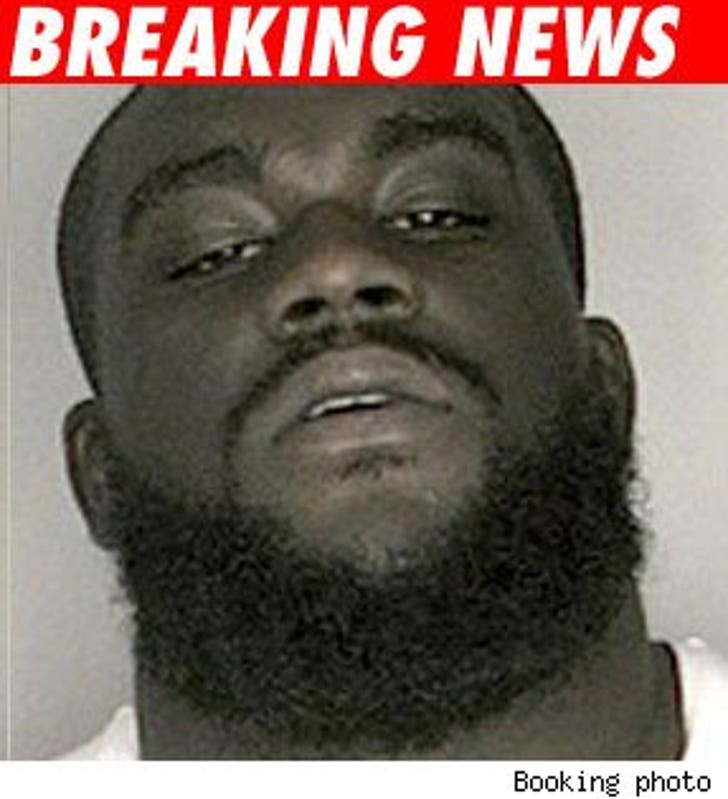 Kenyatta Jones has some serious moves on the dance floor. They're a pisser!

The former Redskin and Patriots player, who has now been relegated to the Arena Football League, was busted after cops say he tried to urinate on the dance floor at some place called The Blue Martini in Tampa, Fla. Toot toot!

As security and off-duty cops tried to escort Jones out of the club, he tried to get back inside and shoved an officer up against a door. That's when they tazed him and hauled him off to the pokey!

He was charged with battery on a law enforcement officer, obstruction and trespassing.

Talk about an offensive tackle.