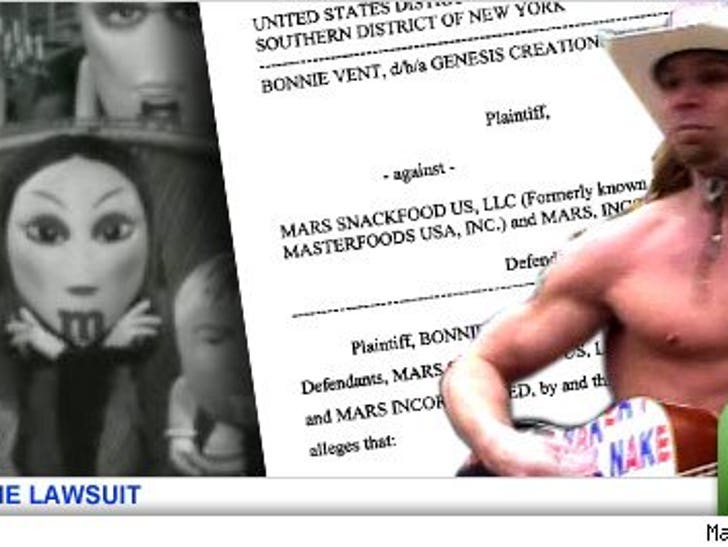 Some woman wants to ride the Naked Cowboy's bare back to try to nab $10 mil from the folks who make M&Ms. 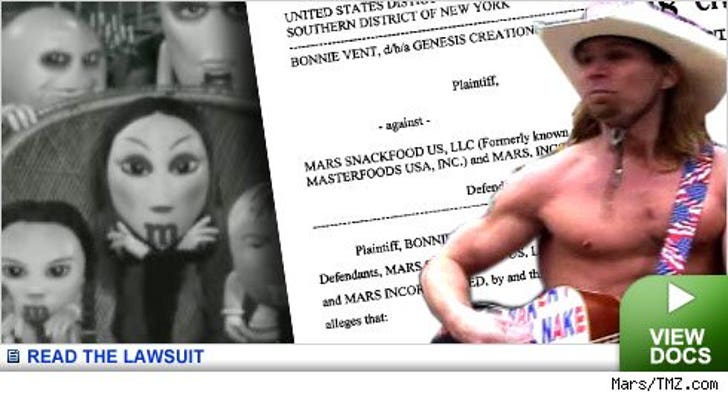 Bonnie Vent says Mars stole her idea for an Addams Family-themed TV spot in a suit filed suspiciously soon after the Naked Cowboy sued the company for $8 million for swiping his Speedo'd image for a digital billboard.

Here's where Ms. Vent's argument has some gaps: She says she pitched an ad with the original Wednesday Addams and Cousin Itt. Which raises two questions: Wasn't the show forty years ago, and ... Cousin Itt was played by a human being?

Mars hasn't gotten back to our request for comment.

Naked Cowboy to M&M's: Bite Me!