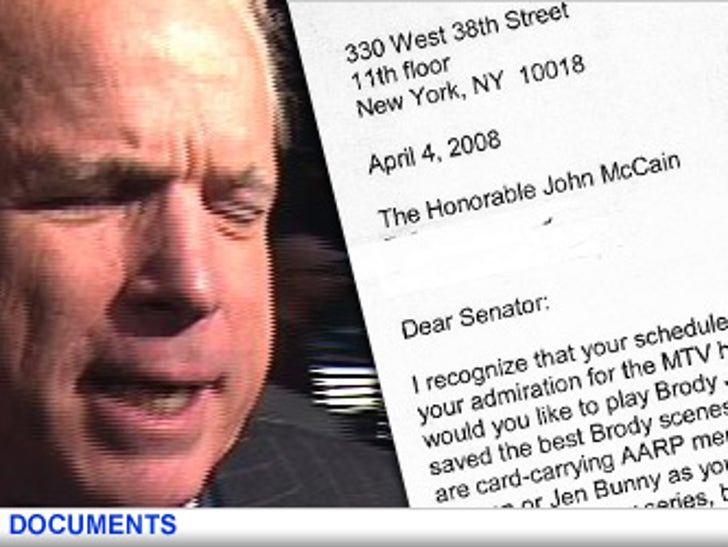 Think about it. John McCain getting bitch slapped by Hillary because he's having a secret affair with Senate hottie Barbara Boxer. 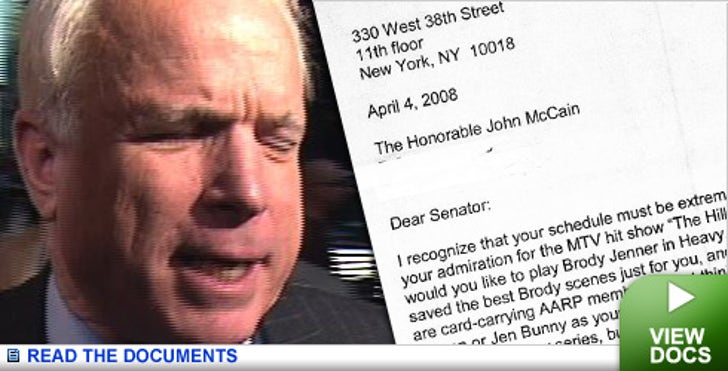 The VP of entertainment at Heavy.com knows a good idea when he sees one. He sent over-the-hill candidate John McCain this letter, offering him the starring role in the geriatric version of "The Hills" -- cleverly titled ... drum roll ... "Over the Hills." John would play the AARP-version of woman-slayer Brody Jenner.