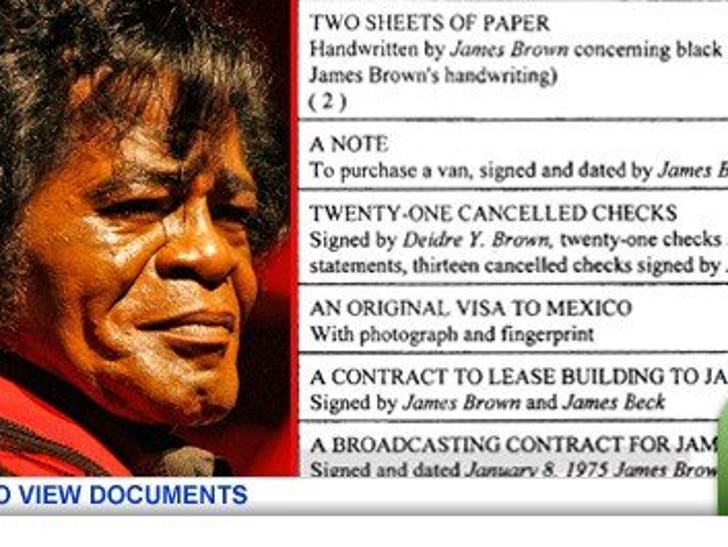 Uhhh! James Brown's stuff is getting on up the auction block! 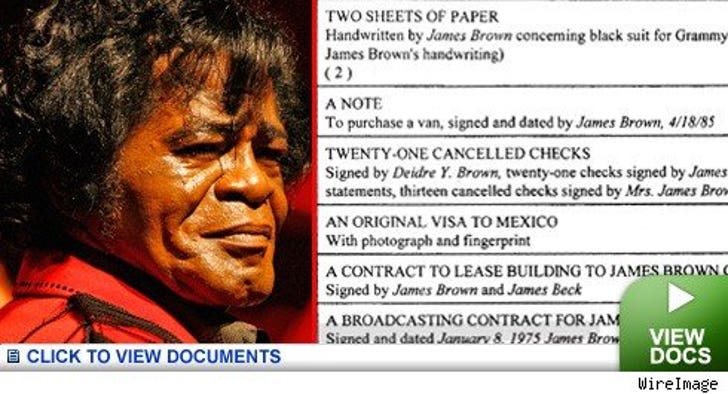 Tons of the late legend's crap will be sold by Christie's in August. Some of the items for sale include canceled checks, letters (one written to Princess Di on the back of a Delta Airlines flight service paper and another to rappers to tell them to stop taking advantage of him), an AOL disc envelope -- yeah, even he got them -- with song lyrics on the back and 590 "accessories," which include ties, socks and underwear. Be careful -- you don't know where those have been!

The list of items has already drawn the ire of Brown's kids and his maybe-she-is-maybe-she-isn't fourth wife, Tomi Rae Hynie Brown. Apparently she says some of the stuff is hers.

A judge ordered in February that some of the gear be auctioned off to pay his mounting legal bills and overdue estate taxes. According to the Augusta Chronicle, the singer's estate is in financial trouble -- and needs $1.6 million to pay just this year's bills.

Check out some of the stuff you can bid on. Hit me!