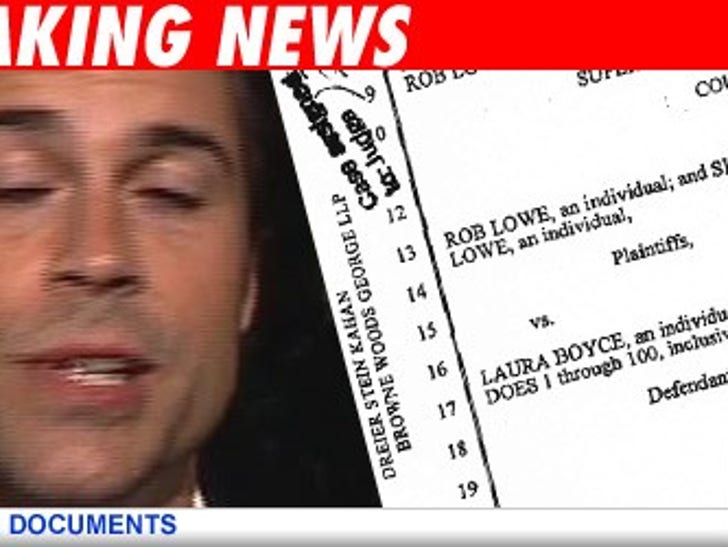 Rob Lowe has taken his battle against his former nanny from the Internet to the courtroom -- and he's not f***ing around! 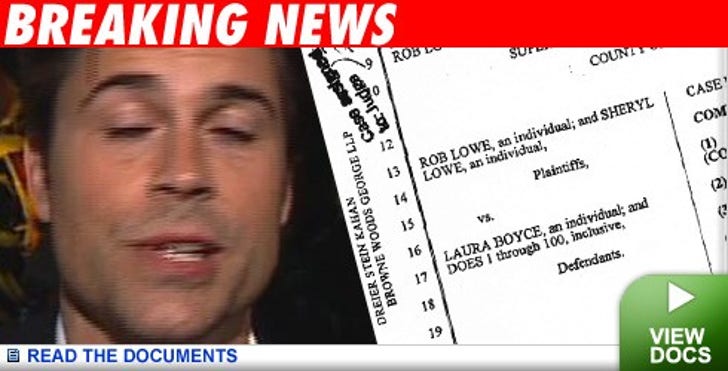 In a lawsuit, filed today in L.A. County Superior Court, Lowe and wife Sheryl claim former employee Laura Boyce violated a strict confidentiality agreement and spread "malicious lies" about their family, a "betrayal [that] reaches far beyond possibly marring the Lowe's image in the public eye." (Hmmm, what about that little thing in 1988?).

Rob and Sheryl say Boyce worked for them for a little over a year, and became very close to the family -- even going with them on vacations. Then suddenly, last November, they say Boyce was a no-show, and didn't respond to repeated calls and messages from the family, who were worried about her whereabouts. It was only after a missing person's report was filed, the suit alleges, that Boyce contacted them to say she wouldn't be coming back to work.

Since then, the Lowes say they've gotten wind of what they say are serious lies spread by Boyce. In his post today, Lowe claims that she demanded $1.5 million in hush money, otherwise she was going to go public with her claims.