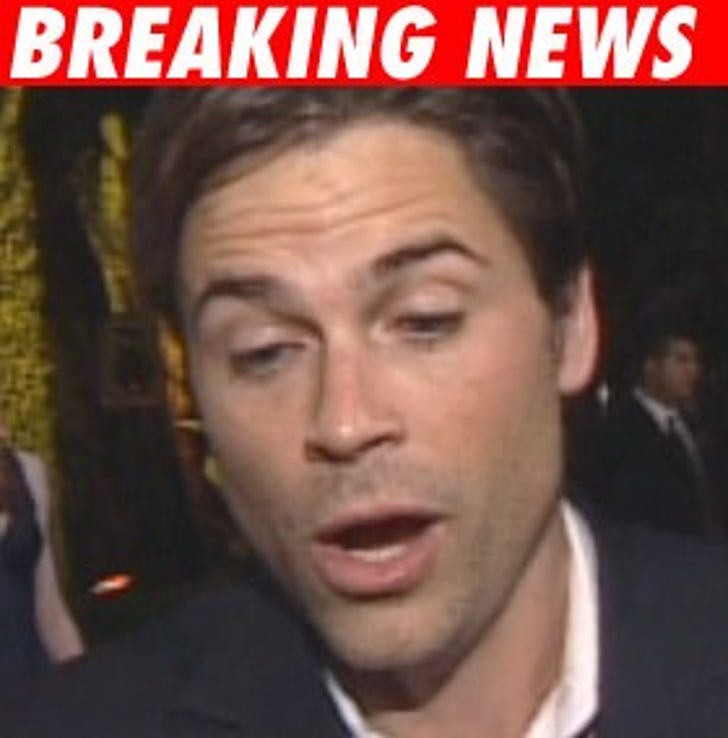 Screwing over Rob Lowe in Rob Lowe's bed will get you sued. Now two more former employees of the former teen heartthrob are facing major lawsuits, and one allegedly did the nasty in Rob's own bed!

In complaints filed yesterday, Rob and wife Sheryl claim their former chef liked to get freaky on the Lowes' bed "with third parties" when the family wasn't home. The Lowes also allege he broke security cameras and pilfered prescriptions from their medicine cabinet and gave the drugs to others. In the ultimate insult, the Lowes say the chef gossiped about Sheryl, saying she was heartless, cold and "unclean." The nerve!

In addition to these suits, the Lowes filed suit against former nanny Laura Boyce, accusing her of spreading "malicious lies." Rob wrote an item yesterday on Huffington Post about another former employee -- a nanny -- who he says is demanding $1.5 million in hush money.