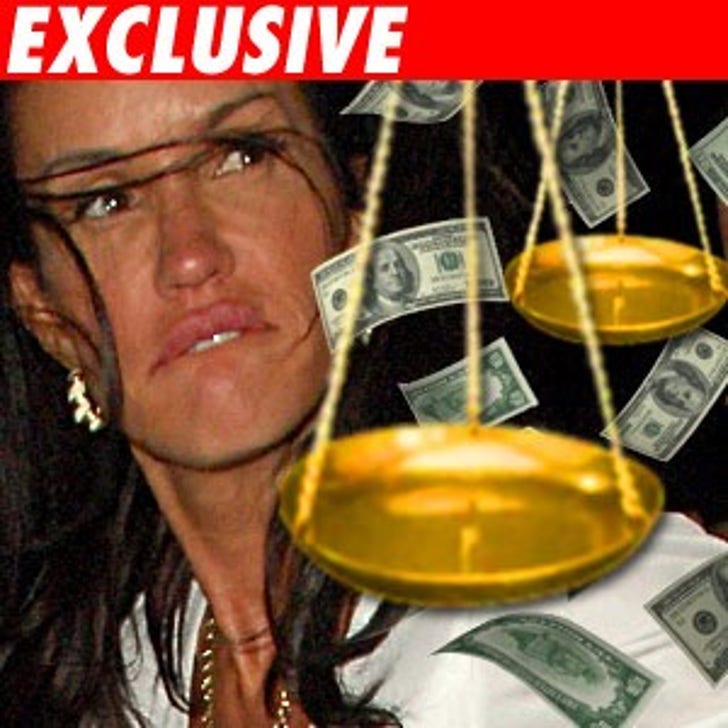 The lawyer and one-time friend who negotiated three of Janice Dickinson's book deals is still waiting to get paid by the Jurassic catwalker -- and he's been waiting for almost seven years!

The self-proclaimed world's first supermodel and reality show crazy person allegedly owes her lawyer John K. Pierson nearly $20,000 - and if she doesn't pay up - he's going after her ass(ets).

TMZ spoke with Pierson who says he initially gave the super enhanced model the option to pay him a percentage of her book advances and royalties in lump sums. She agreed, but then pled poor. Since they were friends, Pierson says he let it slide, several times. He also claims he gave her money to pay her rent and buy groceries. WTF?

Pierson filed suit about a year and a half ago and the stipulated judgment is now being turned into a formal judgment, which means Pierson could come after her via her bank accounts, royalties, and personal properties. She better hide that eye cream and fake tanner.

Janice's lawyer (the one defending her) had no comment.

Janice Makes an Ass Out of Herself