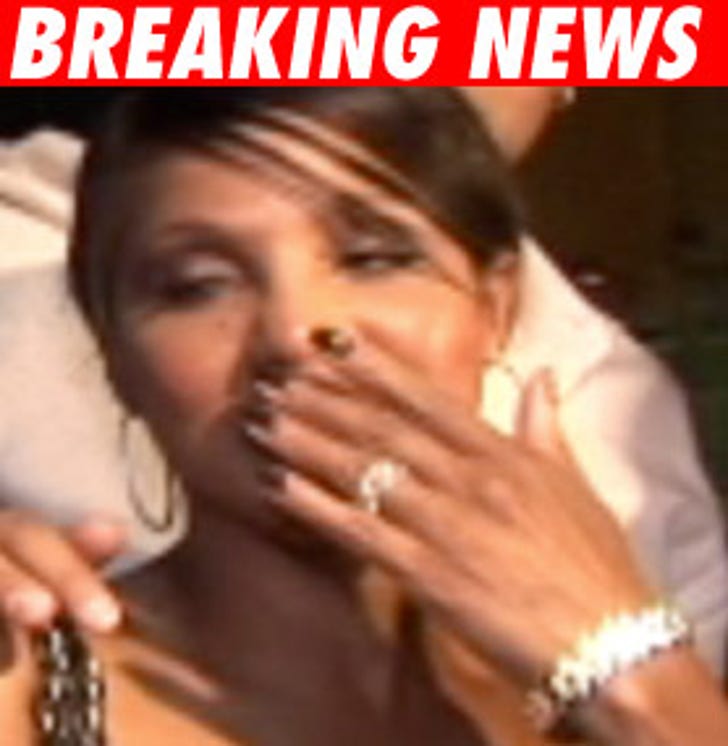 Singer Toni Braxton has been admitted to a Vegas hospital -- breathe again!

We hear Braxton was admitted to St. Rose Dominican Hospital late last night after her show at the Flamingo Hotel and Casino. FOX 5 in Vegas reports the diva is in good condition.

A spokeswoman for the American Heart Association, Braxton suffers from pericarditis, an inflammation of the sac surrounding the heart. She learned she had the condition after the birth of her second son.

Braxton has been headlining a Las Vegas show at the hotel since 2006. Tomorrow's show could be canceled, but that won't be confirmed until this afternoon. Today was a scheduled off day.

UPDATE: A spokesperson for the Flamingo tells TMZ that Toni had been experiencing chest pains and was taken to a local hospital for tests. She's since been released. They're hoping she'll be back on stage by the end of the week. She bettah work!