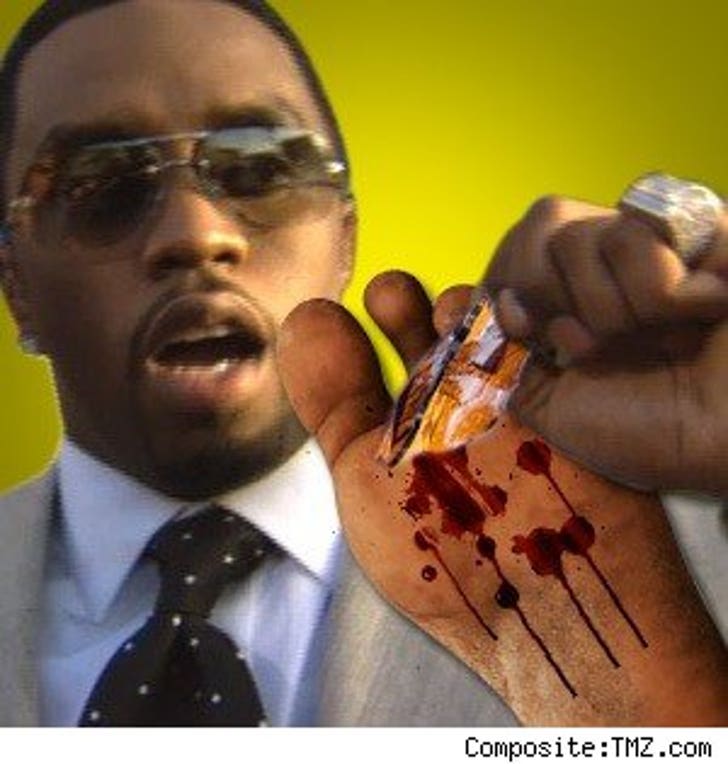 Diddy needed stitches in his foot after being involved in a brawl -- with a champagne glass!

Although a report stated the hip-hop mogul received 40 stitches after cutting his foot on a champagne glass while partying at his Miami home last weekend, TMZ has exclusively learned that it was actually just five stitches. Diddy wound up having to miss Russell Simmons' Art for Life event last week -- which had peeps thinking he just straight up dissed the event. But turns out Diddy sent Russell over a videotaped message in his place. You know how he do!

A rep for Diddy tells TMZ, "He is doing fine now."