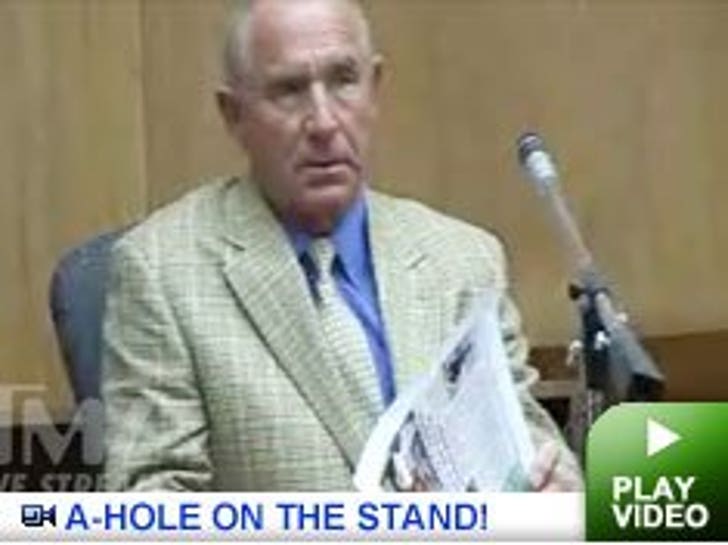 If you missed our LIVE feed, check out the insane highlights from today's testimony, including how the Ivy-eating, Rolls Royce-driving A-Hole is totally broke, and the courtroom fireworks that erupt when he's asked who was caring for sick wife Zsa Zsa while he was out "fornicating with Anna Nicole Smith?" Good stuff! 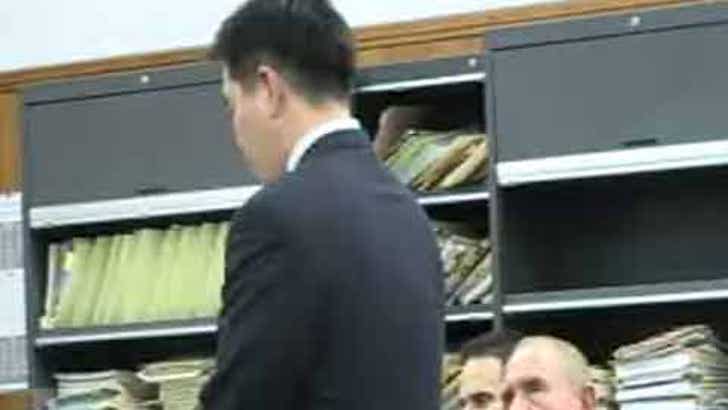 UPDATE 2:12 PM PT: AND THAT'S A WRAP, FOLKS! And now we wait. In a totally anti-climactic move, we're told the judge is going to mail a verdict out to the parties. LAME!

UPDATE 1:56 PM PT: Ahole's lawyer is pooh-poohing Smeten's claim about suffering from high blood pressure, comparing it to the same reaction you'd get from playing b-ball.

UPDATE 1:39 PM PT: Smeten wants $117K in compensatory damages, a multiple of seven times his medical bills -- interesting math -- and $20K in punitives -- and that's all for his lawyer.

UPDATE 1:30 PM PT: Empty that colostomy bag, get your Oreos ready -- the Wackdaddy Currently Known as Prince is in his seat, and we're just waiting for the judge to start.

UPDATE 11:02 AM PT: DAY-UM!!!!!! The pap's lawyer just asked, "Who was taking care of Zsa Zsa while you were fornicating with Anna Nicole Smith?" and just got a smackdown from the judge for the q! OMG OMG!

UPDATE 10:54 AM PT: ZSA-ZSA IS VAH'S BANK! He says he has no assets or income except the $200 in his wallet, which he actually pulls out -- mein gott, oh so sad, and admits that it's "shopping money for the household."

UPDATE 10:44 AM PT: Ahole says what set him off was that the photog called Zsa Zsa scheintot -- which is a expression for "almost dead," says TMZ's German.

UPDATE 10:40 AM PT: How do you say "totally deluded" in German, again? Ahole claims that his picture gets sent to the "most powerful papers in Europe." 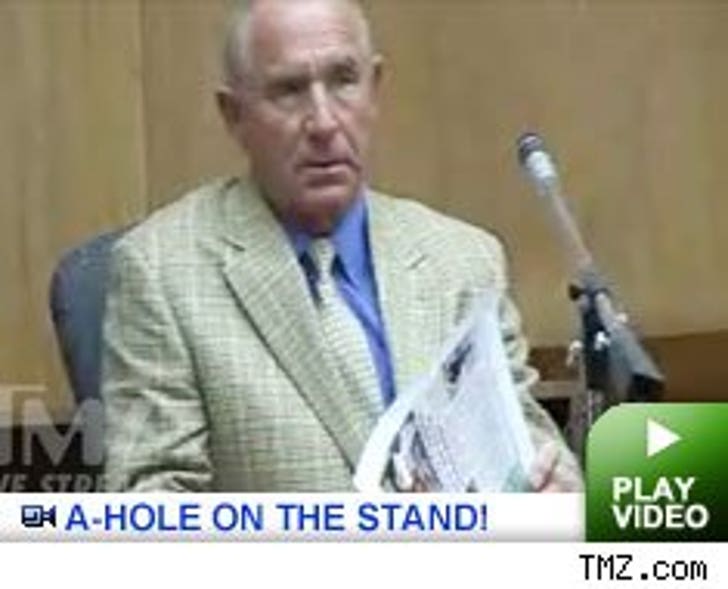 UPDATE 10:32 AM PT: VAH IS BACK for more direct questioning from his lawyer! Look out!

UPDATE 10:13 AM PT: The plaintiff's lawyer just finished with the doc, and VAH's lawyer then asked about how strong Ahole was. We're thinkin' -- tight muscles. Breaktime -- back in 15.

UPDATE 10:11 AM PT: Yahtzee! The direct on the doc is done -- but VAH is perilously close to naptime. Achtung!

UPDATE 9:55 AM PT: VAH is sporting a jaunty orange yellow-and-red pocket square today, as in, "Orange you tired of all this medical-bill blahdy-blah already?" Let Ahole rip!

UPDATE 9:46 AM PT: Dr. McNamee says the pap's neck injuries are bo-gus and couldn't have been caused by VAH, based on the video and the medical records. 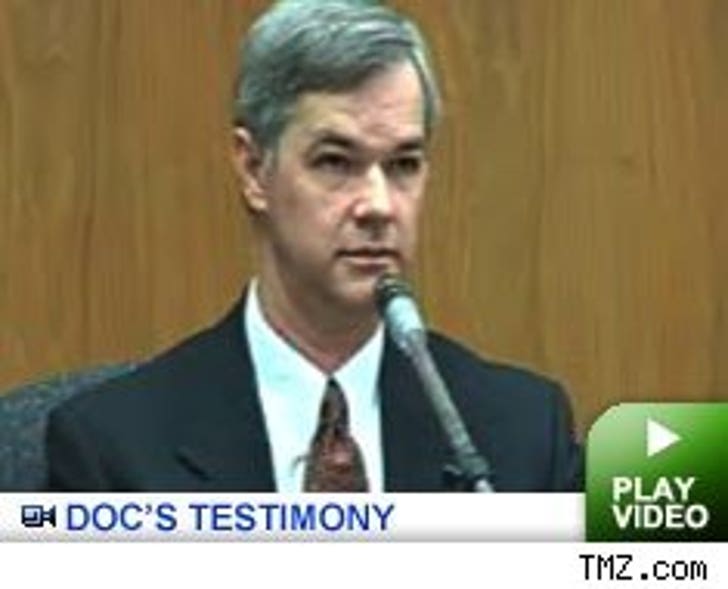 UPDATE 9:41 AM PT: Whoaaaa doc -- the judge wants him to slow his fast-talkin' down ... he's racing like that guy from the '80s FedEx ad. Nice old-school reference, Your Honor.

UPDATE 9:38 AM PT: The doctor is questioning how the photog could've gotten a lip laceration because it didn't look like he was being hit on the video he looked at.

UPDATE 9:35 AM PT: The doctor is getting paid 500 bucks per hour for his medical expert witness work -- and he says he's worked about two hours.

UPDATE 9:30 AM PT: The defense's expert witness is Dr. Kevin McNamee, a doctor of chiropractic and a licensed acupuncturist.

UPDATE 9:25 AM PT: Guten morgen! The judge is in place, Ahole is on his throne, and we're ready to roll.