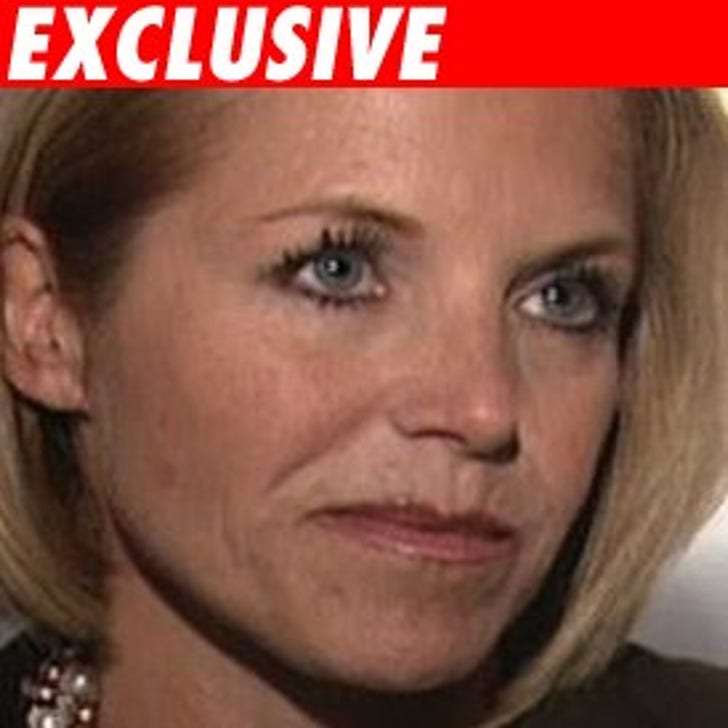 Sources connected to the whole CBS megillah with Katie Couric tell TMZ Katie will probably jettison the evening news anchor chair for good, but not before the election.

Here's the lowdown. CBS hasn't delivered on any of the promises that lured Couric to the network in the first place -- generally, they said they would adjust the newscast to her skills, but in fact it's almost the same Metamucil broadcast as before. We're told she's frustrated and there is "strong interest" on the part of CNN, in particular to replace Mr. King when he retires.

We're also told several talk show syndicators have already contacted Couric's reps because they think she has enough heat to break into daytime. It's not a done deal that she'll choose CNN over talk, but right now both options are on the table.

As for the stories that CBS is pushing her out -- not true, because of two words: Les Moonves. He's been her guru and will let it all play out the way that's best for her. And, we're told CBS will continue to use Couric in other roles.

So the stories that she's leaving in two weeks are bogus, but expect it to happen after the election.