We have exclusivity -- WTF does that mean?!? Check out video of Dr. Phil's so-called "producer," shot by FOX in Tampa, as one of the teens charged with allegedly videotaping a brutal beating was released from jail. 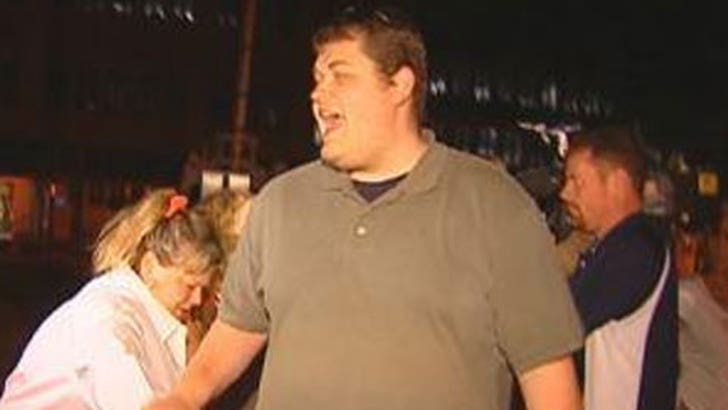 While this guy claims "exclusivity," TMZ has learned that collateral for this chick's five figure bail was backed -- in full -- by something equal to that amount. We're told this is usually done in cash, a mortgage on a house, land or cars. So who put up that scratch? This dude?? We doubt it.

Dr. Phil's statement suggests some sort of rogue producer went down to Florida and went "beyond their guidelines." We're not buying it.

We're told the bail was $33,000. In order to bail the teen out, the bondsman or woman would get 10% in cash, and the rest must be guaranteed by collateral. That's a lot of dough! So who approved the money? We're told some higher up -- Terry Wood (the big boss at CBS/Paramount TV) or even Dr. Phil himself -- would have to OK that kind of cash ... not some freelancer who "went beyond the guidelines."

Here's the rub: there's a gag order on all involved in the case -- including the Polk County Sheriff's Office. So all that cash spent -- and Dr. Phil can't get squat out of anybody involved. Oops.

A rep for the show told us "Please reread the statement we gave you. Nothing you are imagining it says or implies is true."