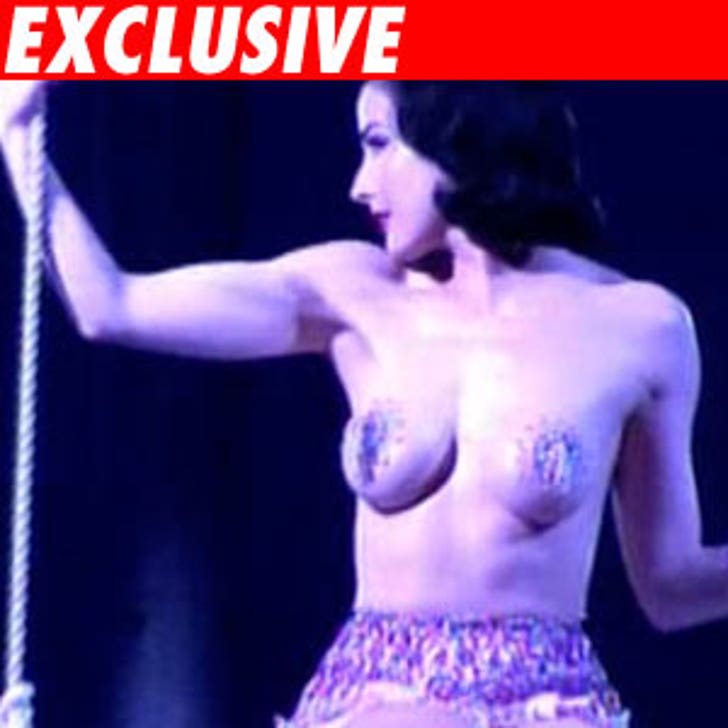 Dita Von Teese is pissed at a guy who was supposed to build her a swan, but the frickin' bird malfunctioned so she's suing!

TMZ has obtained a lawsuit, filed today in L.A. County Superior Court, in which Von Teese claims she hired the defendant, Fred Knaff, to build her a 10-foot-high swan with a fountainhead in the beak in which she could perform her act, which she calls "Swan Lake" -- we think it's a catchy name.

Bottom line, she says she paid Knaff thousands of dollars but the damn swan's water component malfunctioned at the debut of her show in Toronto in November of last year. She sent the swan back in a box, Knaff refuses to fix or return it. Now poor Dita says she can't perform without it and it's cost her more than $200,000.

Dita is suing for unspecified damages.