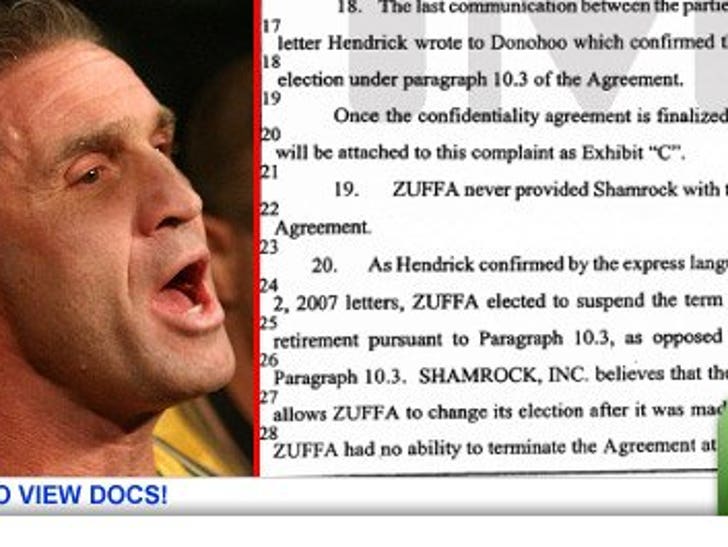 UFC fighting legend Ken Shamrock is suing the company that runs the show, for allegedly jock blocking his un-retirement. 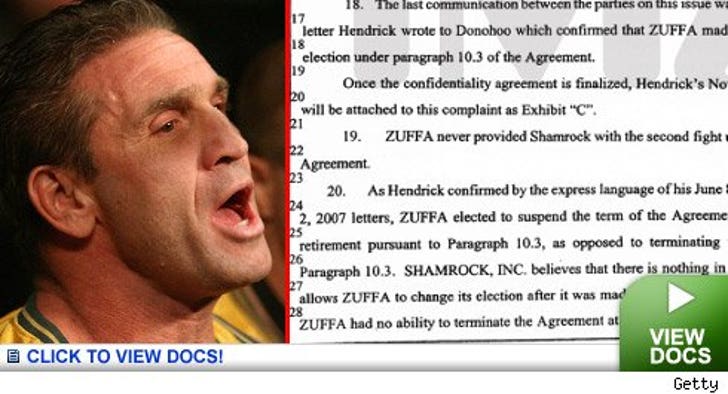 In a lawsuit filed in Nevada, Shamrock claims after a controversial fight against Tito Ortiz in early 2006, which Ortiz won, defendant ZUFFA, a parent company to the UFC, made a two-fight deal with Shamrock. Under the deal, Shamrock would fight Ortiz again. Shamrock also agreed to yet another fight with someone else, but he had the option of not fighting the second fight in the deal if he chose to retire after the Ortiz bout.

On October 10, 2006, Ortiz beat the crap out of Shamrock. Immediately after losing, Shamrock announced his retirement.

In June, 2007, Shamrock had a change of heart and wanted to go for that second fight under the deal, but ZUFFA said it was over. There's this whole technical thing about confidential documents and other stuff, but the bottom line is ZUFFA didn't provide Shamrock with the second fight so he's pissed.

BTdubs, Shamrock is only one of three men to ever be inducted into the UFC Hall of Fame.