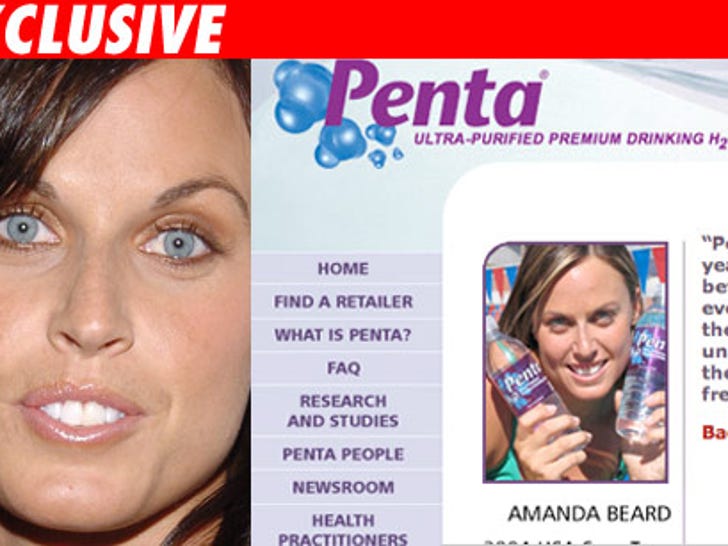 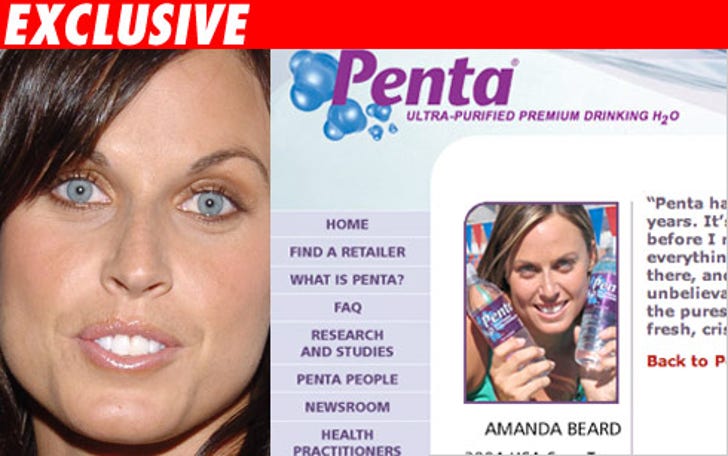 Amanda, along with fellow speedo-heads Jason Lezak, Aaron Peirsol and Kaitlin Sandeno, are suing Penta Water Company for misappropriation of name and likeness. Here's what we know. The four swimmers signed endorsement deals with Penta, but we're told it expired in Fall 2006. Penta continues to use the endorsements, by "posting the names, images and testimonials of the Athletes on their Website."

Kaitlin, who took gold in 2004, said in the original endorsement, "I go to school with it, I wake up with it, and I go to bed with it." Clearly MENSA material.