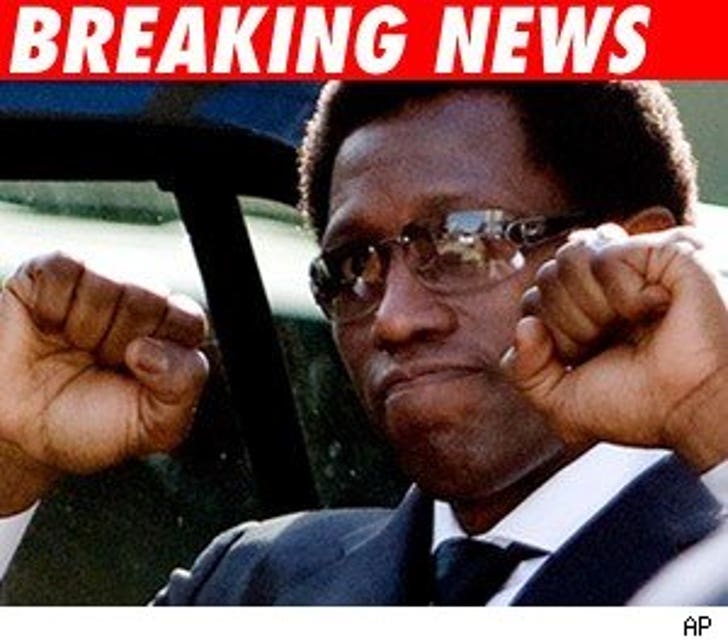 A judge has just sentenced Wesley Snipes to three years in prison for tax evasion. Forget black -- always bet on the U.S. government!

Snipes was not forced to surrender immediately. Instead, the judge ruled he could surrender at a later date, closer to his New Jersey home.

Nathan J. Hochman, Assistant Attorney General of the Justice Department's Tax Division, said, "Snipes' long prison sentence should send a loud and crystal clear message to all tax defiers that if they engage in similar tax defier conduct, they face joining him and his co-defendants ... as inmates in prison."

Snipes was convicted in February on three misdemeanor charges for not filing his taxes. The government claimed he owed $2.7 mil -- but Snipes' attorneys argued it was just $228,000. No fine was imposed, but the three-year sentence was the max he could have gotten. 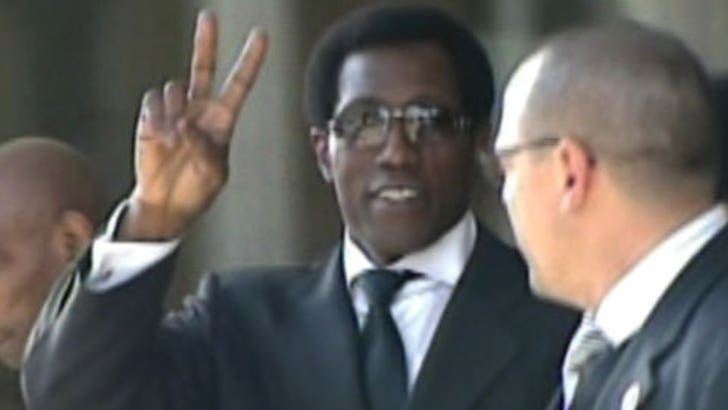