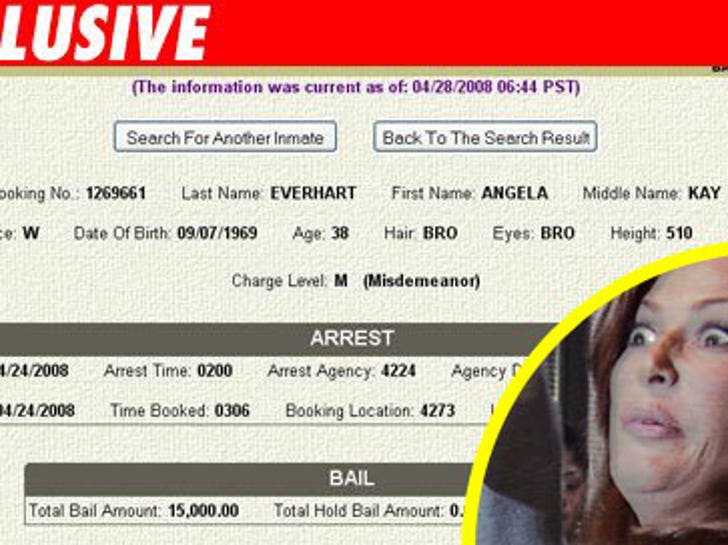 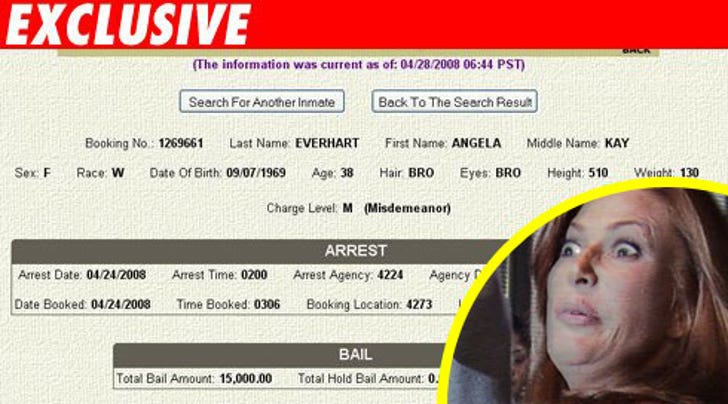 She was released later that morning and is due in court on May 15.

According to an unconfirmed tip, Angie pleaded with cops to let her take a piss before submitting to a field sobriety test. After cops took her to a nearby restaurant to relieve herself, she took the test and failed. She refused to take any chemical tests because she said her attorney told her to refuse everything.