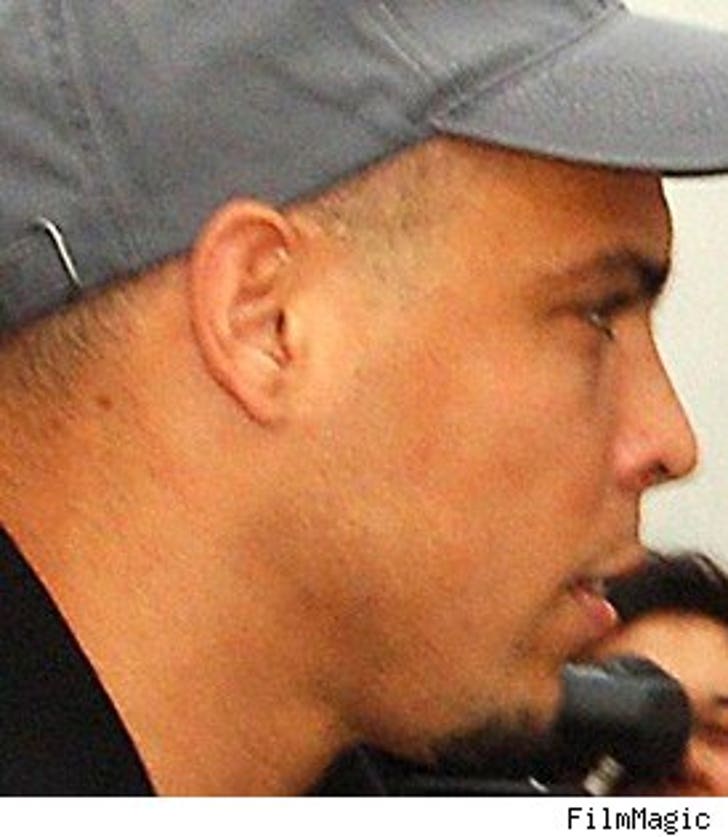 Brazilian futbol star Ronaldo has been caught playing in his own personal "Crying Game."

The 31-year-old AC Milan forward claims he's become a victim of extortion after he unknowingly took three transvestite prostitutes back to his Rio motel on Monday. Save him, Eddie Murphy! After realizing the gals were actually guys, the transvestites claim Ronaldo threatened to harm and tried to bribe them to keep the entire incident silent. Good luck with that.

In February, Ronaldo suffered a career-threatening knee injury and, according to Reuters, has been suffering "psychological problems" from recent surgery.

Brazilian authorities are investigating the entire he said/he said incident.