We caught up with Dennis Rodman's alleged abuse victim Gigi Peterson last night, and while she wouldn't slam Dennis, she had plenty of spit and fire for her ex-husband, who, as TMZ first reported, took out a restraining order against her. 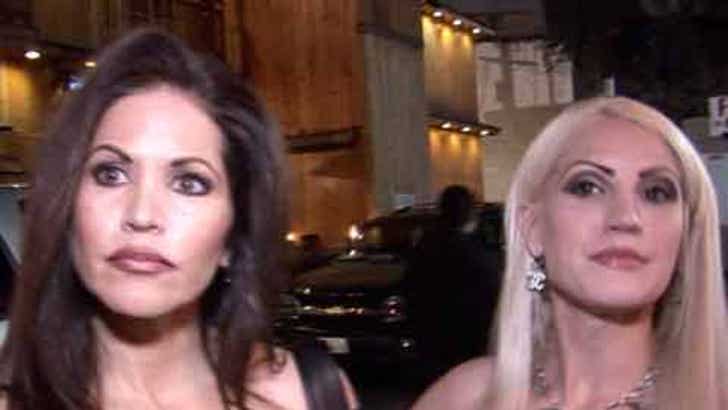 When speaking of the Rodman incident, Gigi throws out heroic lines like, "If I had to be the one to go through it to have that be the catalyst [for rehab] ... I'm glad it was me." On the ex-husband front, she says her "maniacal" ex is "full of lies," and that she's appealing the restraining order.

Oh yeah, that busty girl to her right is her daughter.