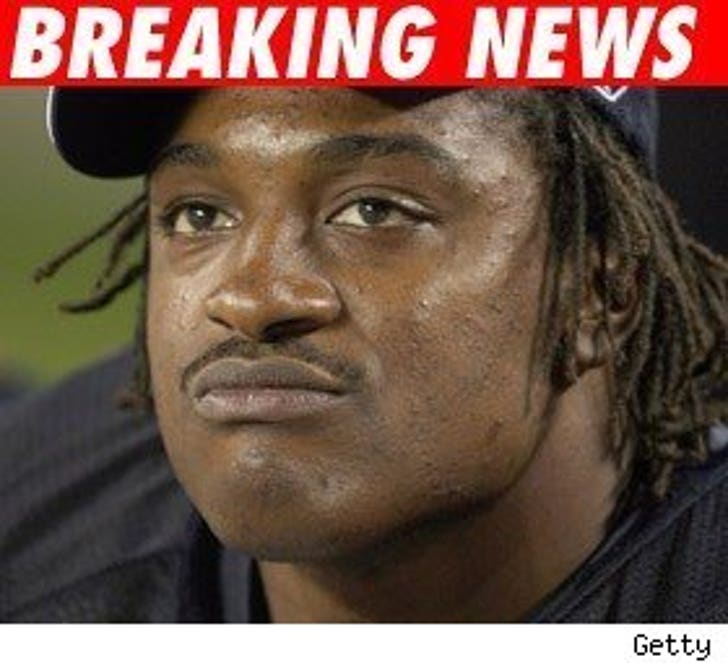 Cedric Benson, a running back for the Chicago Bears, was popped late last night for DBB -- driving a boat while blasted.

Bensen was arrested by the Lower Colorado River Authority near Austin, TX, after failing a sobriety float test. He was so out of control, cops say he had to be pepper sprayed.

He refused to put a life jacket on and also refused a follow-up test once he was landlubbin'.

He was booked and bailed out early Sunday morning.