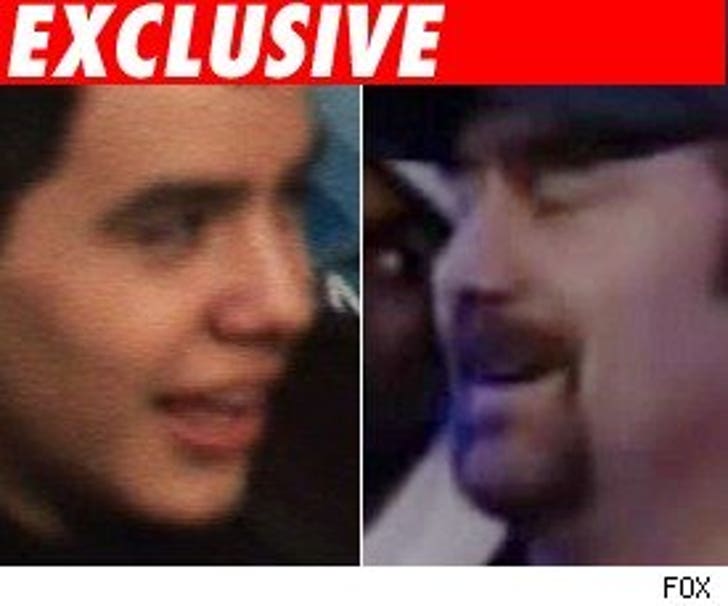 Here's how it went down. "Idol" sources tell TMZ Jeff has been a complete pain in the ass, interfering with the entire production. He has badgered producers, the band, vocal coaches and even other contestants. The final straw came this week, when Jeff wanted to change the lyrics to David's first song, "Stand By Me." Jeff insisted on adding a verse from Sean Kingston's hit, "Beautiful Girls." Producers sent him an e-mail telling him the lyrics could not be changed. They were beyond pissed when David sang the song with Kingston's lyrics during the live show.

We're told by changing the lyrics, it created problems with the song's publisher and cost "A.I." a lot of money.

Jeff was ordered to sit with "A.I." lawyers on Wednesday, who told him he was "banned from being in the rooms where David was learning or rehearsing his songs." It's "Idol's" position, since David is 17, he does not need a guardian -- just a teacher. Jeff will be allowed to sit in the audience during the live show but he's 86'd from anything backstage.

Sources say the other contestants were fed up with Jeff and didn't want him near them. Now they have their wish.

All in all, sources say Jeff is the stage dad from hell. BTW, he was banned on the set when David did "Star Search" a few years back.