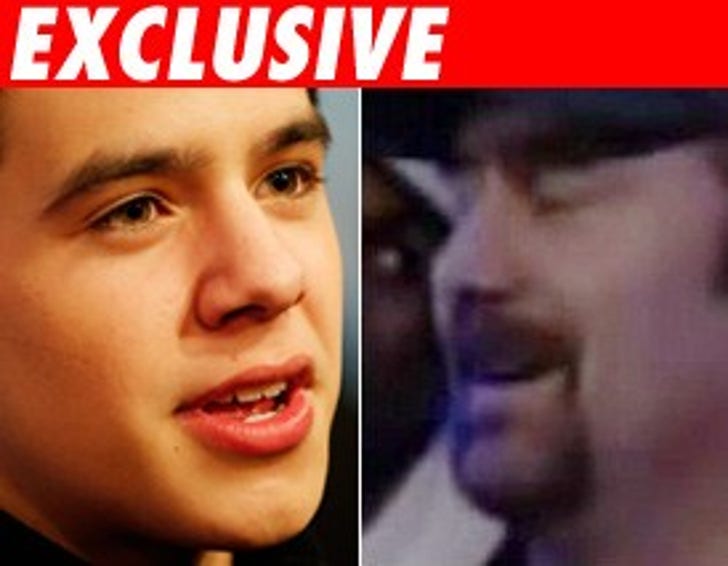 Jeff Archuleta, David's dad, showed up in the audience for tonight's "American idol" and made it clear -- he's pissed at the producers.

As we first reported, Jeff was such a troublemaker, he was banned from backstage rehearsals. According to our spies, on tonight's show during commercials, Jeff shot darts at Executive Producer Nigel Lythgoe. J.A. stared Nigel down and was enraged as he watched the E.P. visibly excited as David Cook performed.

Jeff seemed chummy with Randy. The two bro'd out during several breaks. He hugged Paula two times and whispered something in her ear and she nodded in agreement. No interaction at all with Simon.

Jeff was trying to get the attention of legendary songwriter Diane Warren, but she pretty much wouldn't give him the time of day.