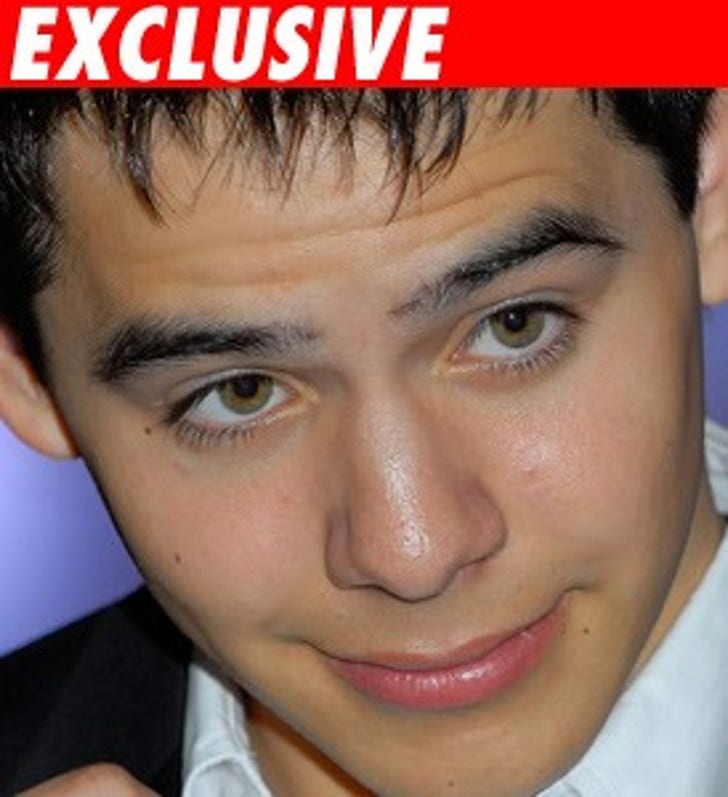 He's just hours away from performing live in front of millions of people, but 17-year-old "American Idol" wonderboy David Archuleta still has a few problems to work out -- problems of the high school math kind.

Sources close to the situation tell TMZ that David has been with his tutor on the set, gettin' his state-mandated learnin' on.

Looks like a passion for math runs in the Archuleta family. As TMZ first reported, his dad Jeff just got a lesson in subtraction late last week.