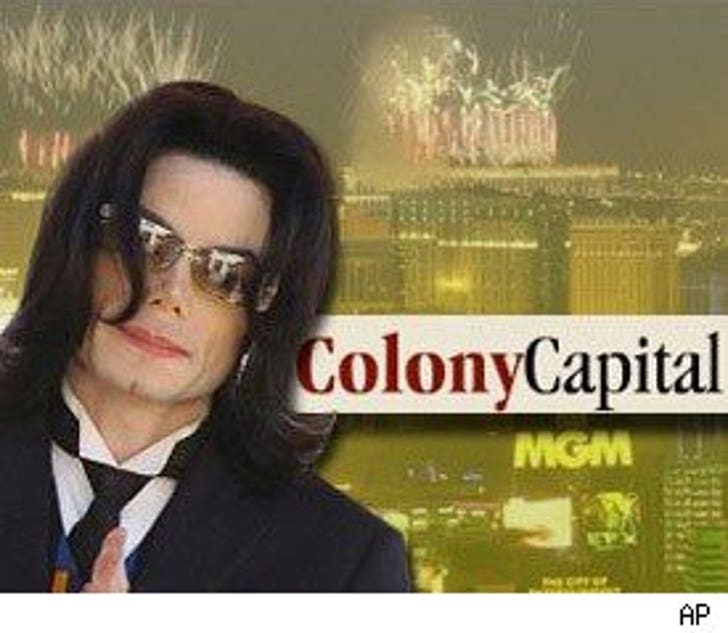 Michael Jackson could become the next Celine Dion, and we're not just talkin' wardrobe.

TheVegasEye reports the guys who just bailed Jacko out of Neverland debt may be angling to put him on stage in Vegas.

These money men run Colony Capital, a group that owns the Las Vegas Hilton. Colony just forked over the green M.J. needed to keep Neverland out of foreclosure.

So, you ask, what's in it for Colony? We're told Vegas money is on Jackson headlining there and raking in a much-needed jackpot. Colony has the venue -- it's where Barry Manilow performed -- and now the leverage to moonwalk his ass back on stage.