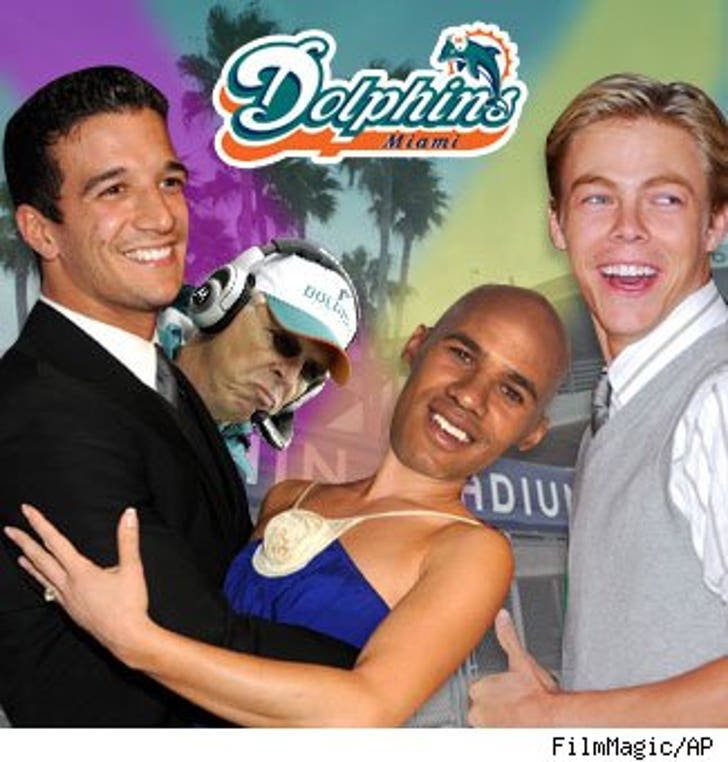 If Jason Taylor wants to pretend his football career is as important as his new Hollywood one, he's going to have to try harder.

According to his blog, Taylor says he'll miss the Miami Dolphins' mini-camp in lieu of "some things" he's gotta do in L.A. But a source tells us the baller/dancer is confirmed to show up at Mark Ballas and Derek Hough's joint birthday party in Las Vegas this weekend.

We called Taylor's rep to check if he has any legitimate Hollywood business to take care of this week, but they never got back to us.