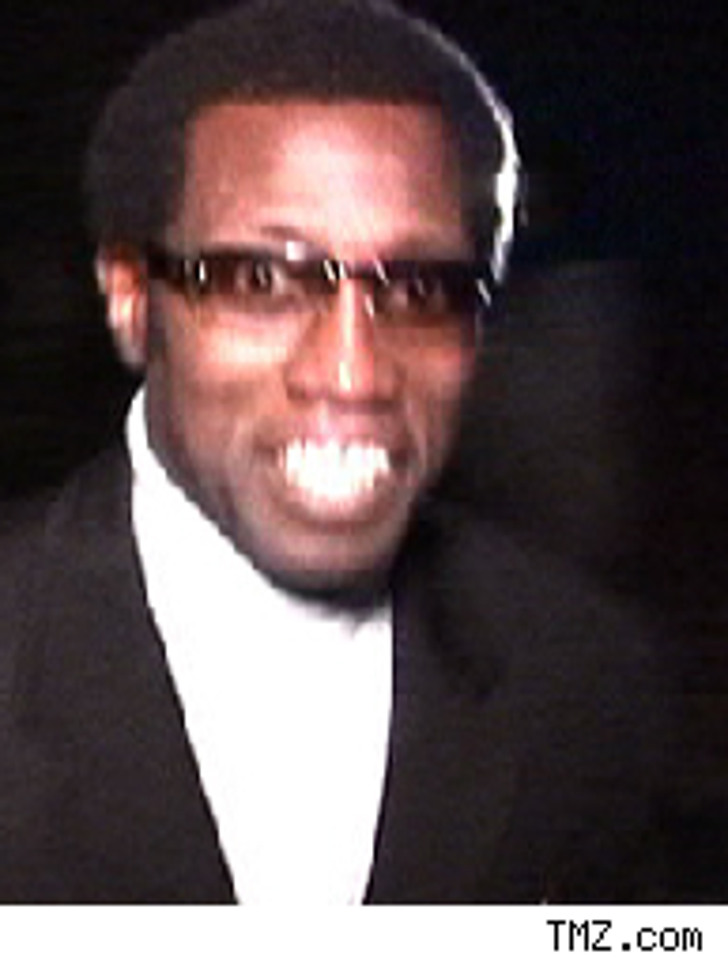 Unless something drastic happens in the next week or so, Wesley Snipes is going to be moving into the big house by June 3. Always bet on black and white stripes.

In papers filed this week, Snipes' lawyers said that if he doesn't get bail to appeal his tax evasion convictions, he's going to have to check into Hotel Graybar sometime in the next couple weeks. They're trying to appeal on the grounds that the trial judge effed up in various ways the first time around.

The prosecution isn't exactly inclined to give Snipes bail -- remember that whole on-the-lam thing? And we're sure that the man can run.