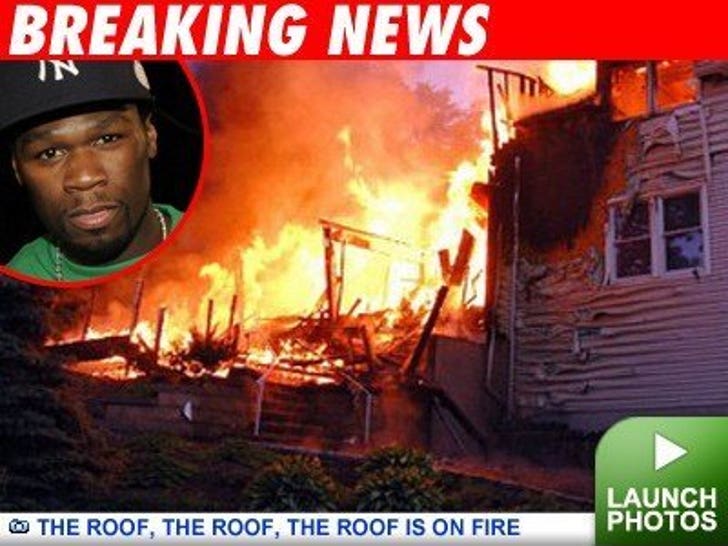 A raging inferno broke out at a house owned by 50 Cent early this morning, and the local fire department tells us the fire is "highly suspicious". 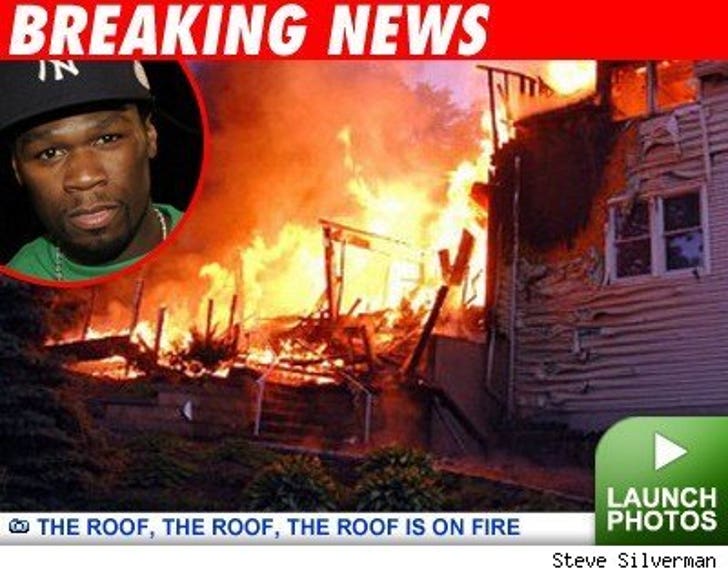 The fire broke out at the six bedroom, five bath house in Dix Hills, NY around 5:00 AM. Six people, including the rapper's ex Shaniqua Tompkins and their 10-year-old son Marquise, were in the house. They all were transported to the hospital and treated for smoke inhalation.

The Chief of the Dix Hills Fire Department tells TMZ that dogs are currently searching the burned out rubble, as the intensity of the fire made it highly suspect. The Chief says they're searching for what substance possibly could have been used as an igniter.

The house has been the subject of a bitter dispute between Fiddy, whose real name is Curtis Jackson, and Tompkins. The rapper reportedly bought the home -- one of the biggest cribs in the area -- for a cool $2.4 mil in January 2007. Last month he tried to evict Tompkins and Marquise from the house, demanding she pay him $4,500 a month in rent.

UPDATE 10:25 AM ET: Suffolk Police tell us they received a call at 5 AM. An off-duty police officer was driving by and stopped to help rescue the victims inside the house -- including a pet guinea pig. We're told injuries to all six victims -- including Tompkins -- are non-life threatening and they have been treated and released from the hospital. While they are currently investigating the fire's cause, we're told 50 Cent is not a suspect at this point.