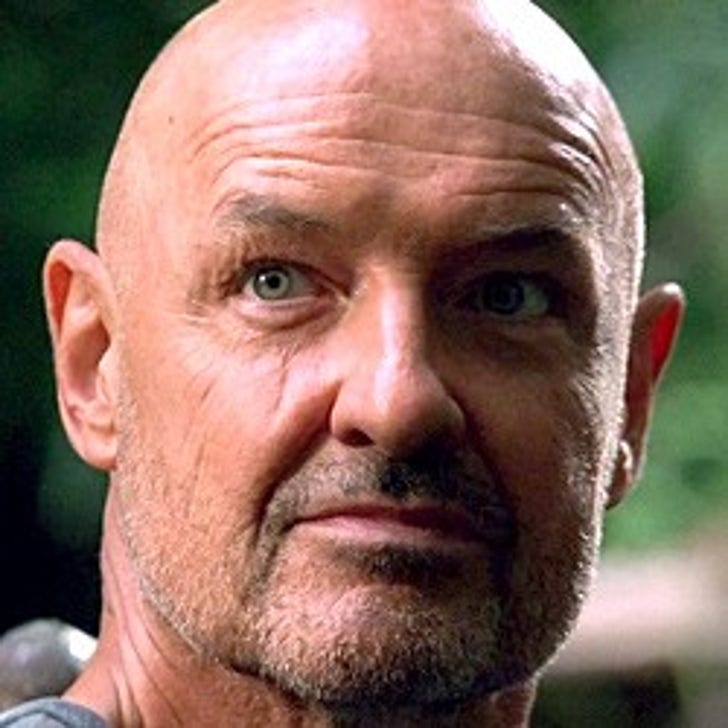 Is it really all about to end? A strike-shortened season that gave us the Freighter Tots, flashforwards and "If anything goes wrong, Desmond Hume is my constant" is about to end. It's been an interesting season, to say the least, and it's safe to say I am at a Defcon 1 level of excitement right now.

For all you "Lost" Diary newbies, here's how it goes: I gather with a group of friends watching "Lost," writing what happens on the show as it happens, and throwing in my two cents along the way. Ari and Lauren are in back in the mix tonight, but Lauren has to leave as soon as the show ends to catch a midnight showing of "SATC." If I was smart, I'd show up at the theater at 2:00 AM to pick up girls. Let's roll ...

9:00 -- I've always thought last year's finale was good, but not great. But during tonight's "Previously on 'Lost'" montage, the clips of Jack at the coffin and him screaming "We have to go back!" gave me chills. I am soooooo ready for this.

9:02 -- Oh snap, they are picking up where they left off! And Kate just said Jeremy Bentham is in the coffin -- as if it was no big deal. Who the hell is Jeremy Bentham? I'd be amazed if that's his real name.

9:03 -- Ok, so it's been three years now since they left the island. Again, WHO IS JEREMY BENTHAM?!?!? This show has been on for a minute and already blown my mind.

9:11 -- Hey, it's just like old times -- Kate is being held at gunpoint. Though this feels like an Others trap to me.

9:12 -- Whisper, whisper ... and the Others are back to being super-assasins again. Got to say, sometimes I don't like how they make these people out to be super-beings one minute and regular people the next.

9:18 -- My friend Aaron and I were talking about this today -- the only way they could show Walt tonight was in a flashforward ... and here he is. I hope he has a voice like Barry White now.

9:20 -- So this Jeremy Bentham paid a visit to Walt, too. Interesting. And apparently Michael is still on the island.

9:22 -- What an awesome scene between Locke and Jack. I miss the moments they used to have together. It's so harrowing to watch, considering we know Locke is right about everything. It's also funny how Jack is always wrong about everything the first time around.

9:28 -- I am sure I am missing something here, but this whole "Oh my God there's a bomb!" thing feels a little lame, considering the guy with the detonator is dead. I am sure something will probably happen, but for now these scenes do nothing for me.

9:30 -- Farraday is back with the lifeboat and Juliet is there to meet him. I used to love Juliet as a character, now I couldn't care less what happens to her.

9:31 -- Ok, see -- that's why I love Miles. A sly little line to Charlotte about how she wanted "to get back here" suddenly makes her infinitely more interesting.

9:33 -- Ooooooh, a Dharma instructional video. I love those!

9:42 -- Now that Lawnmower Man is free, they are heading to the freighter ... to meet up with Sun and Aaron, I presume.

9:44 -- Keamy is alive, no shock there. Ever since "Sleeping WIth the Enemy," I learned unless the bad guy is shot in the head, he might come back later. It's a tired, old plot technique.

9:45 -- Apparently Keamy wired the bomb's trigger to his heart rate -- so if he dies, the freighter blows up. And if the freighter goes below 55 MPH, he blows up.

9:51 -- Ah, so now Charlotte wants to stay. Interesting. Again, now all of a sudden I care about her. Wait a second ... still looking for where she was born? She can't be Annie, can she? Nah.

9:54 -- Back on the helicopter, they're losing fuel (cliche, much?) and Lawnmower Man says they need to toss out all the extra weight. Um, I can't be the only one thinking about throwing Hurley over the side, can I?

9:57 -- Whatever Kate was doing for Sawyer last week, it probably stems from that conversation right there.

10:01 -- Hmmm, Sayid just killed a guy outside of Santa Rosa Mental Institution. Was the guy there to kill Hurley?

10:05 -- Red light = boom. Ok, so now Desmond is separated from Michael and Jin. This could be a way to explain Desmond also getting off the island -- but without everyone knowing -- and Michael and Jin ending up back on it.

10:06 -- "Oh, bloody hell." -- Desmond. Perfect timing by the helicopter. So Sun and Aaron are getting on the helicopter -- which completes the Oceanic 6. Except, Lawnmower Man has to fly the thing, so he must be one of the two unaccounted for people in the plane story. I think. Aspirin, anyone?

10:08 -- Ok, Desmond is on the helicopter now, which makes eight people. They wouldn't kill of Desmond, would they?

10:14 -- Wow, watching Sun ... I mean. Damn, I don't know. I just have to keep telling myself these are fictional characters. (BTW -- I watched this episode a second time and STILL got choked up watching this)

10:16 -- "Are you really going to pretend that you don't know who I am?" -- Sun to Widmore. Widmore and Sun's father know each other -- I love that! Nice line about not being "the only ones that left the island." I assume she means Ben -- but could she mean other people too?

10:24 -- Whoever moves the island can never come back? That's kinda stupid.

10:27 -- Now Ben is crawling through a hole in the back of the vault. Was the hole point of putting the metal stuff in the vault just a way to blow out the back to get to this cave?

10:32 -- Alright, I hate to nitpick -- but that helicopter crash was kinda lame. I would think it would safer to jump out -- like Sawyer did -- than to crash while still inside it.

10:43 -- Ok, I am still wondering -- somehow these eight get whittled down to six ... I am worried about Desmond. But wait, did the Portuguese guys say "Ms. Widmore"?

10:46 -- I am definitely beyond curious right now about about this whole 8/6 thing. Am I thinking too much about this?

10:54 -- Jack is back at the funeral parlor. Maybe we'll see who Jeremy Bentham really is. Care to make a guess?

10:55 -- My prediction all along has been Michael in the coffin -- so I have to stick with it. Though he did blow up.

So here are some thoughts I have, just spewing them out because trying to come up with a coherent stream of ideas is seemingly impossible after a "Lost" season finale:

-- Right after the ep, I went back and watched the re-airing of last week's in which the press conference scene had different questions. In it, they explain that Boone, Libby and Charlie all died after the plane crash -- thus the unexplained people thing is explained (I didn't factor in that Aaron wasn't born yet, so that there had to be 3 people to fill in the gap, not 2). But really -- why mention them at all? It still feels incomplete to me.

-- I think Michael is dead, but if Jin is still alive I'll feel ripped off. The boat blew up, let's be real here. One of the things I love about "Lost" is that it isn't afraid to kill off characters.

-- How does Charlotte tie-in to things? Is she Annie? Is she a Dharma descendant? Black Rock, maybe?

-- If Juliet and Sawyer are a couple on the island next season, Lauren will lose it. I am not even kidding.

-- What will season 5 be like? Will the off-island stuff be the present and we'll flashback with what goes on on the island? When/where did the island go?

-- Desmond's vision of Claire getting on a helicopter still hasn't happened ... yet.

-- I feel like we see a lot of characters inhabiting the roles of other characters. Locke is the new Ben (and now that he's dead, he's the new Christian, too). Ben is the new Widmore (trying to find the island -- is it possible Widmore once moved the island?).

-- Sun is going to use Widmore to help her find the island, then kill him.

-- Locke being in the coffin wasn't shocking. The fact that he was going off the island to visit people is interesting and I am sure we will see those visits as flashsomethings next season.

-- Final thoughts on season 4 as a whole: I still can't put my finger on it, but there is something about it that just doesn't work for me. I feel the flashforwards took a lot of suspense out of things and instead we were just filling in gaps rather than advancing the plot. Season 4 was phenomenal in a lot of ways, but it didn't work for me on the same level that the back half of season 3 did. I think they're going to have to re-work the flashforward/back structure next season.

So in summary, I give tonight's episode a B+. An extrememly solid season got a very capable finale that hit on all cylinders, but never really reached that OMFG moment that completely floored me.

A couple of final notes:

-- More than likely this is the last time I will post the Diary on TMZ. Most of you read this on my own site, thelostdiary.com, but for those of you TMZers, this is your notice. It's not that I am leaving TMZ, it's just that when I started writing this, TMZ was just a little site that didn't know its way -- now it's huge and the Diary stands out like a sore thumb. Thelostdiary.com is where I'll be from now on.

Have a good summer