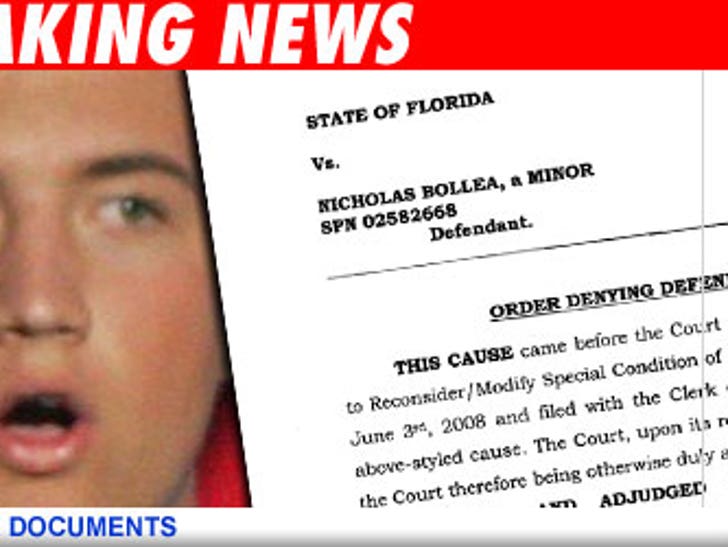 Poor Nick Hogan! A judge has just denied his request to be let out til his 18th birthday. For now, Nicky Boy will stay put in the Pinellas County, Fla. jail. 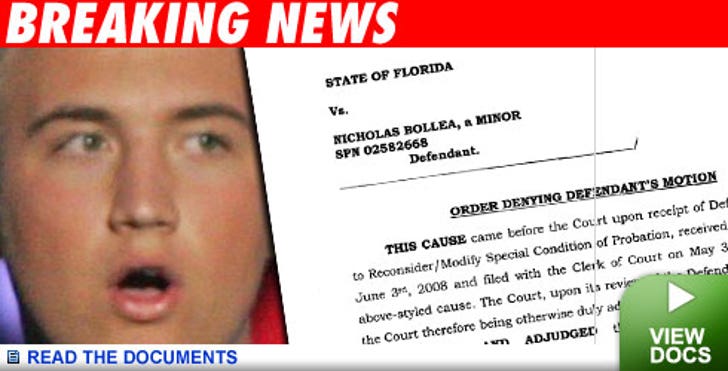 17-year-old Nick -- whose real name is Nick Bollea -- complained he was essentially in solitary confinement, isolated from the general population, saying it "wasn't fair." Tell that to John Graziano and his family.

He wanted to be placed under house arrest til his bday in mid July, presumably because his parents have been such a good influence on him.