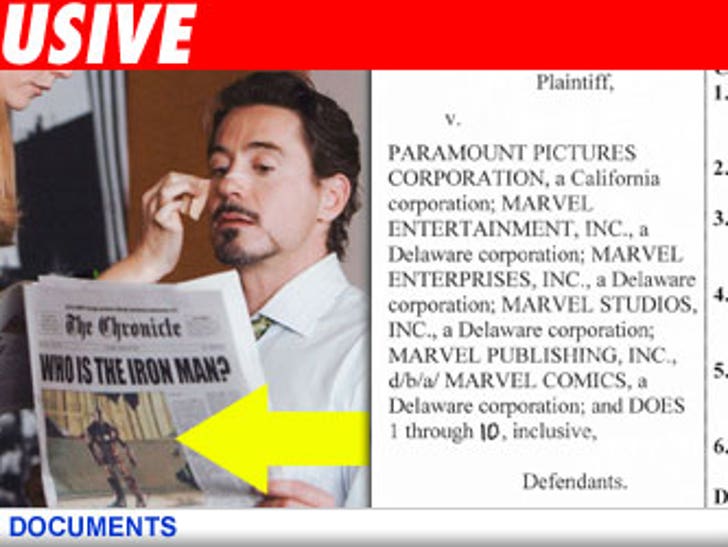 A paparazzo has filed suit in Federal court alleging Paramount and Marvel Entertainment swiped a pic he took off the internet and used it in "Iron Man" -- without paying him! 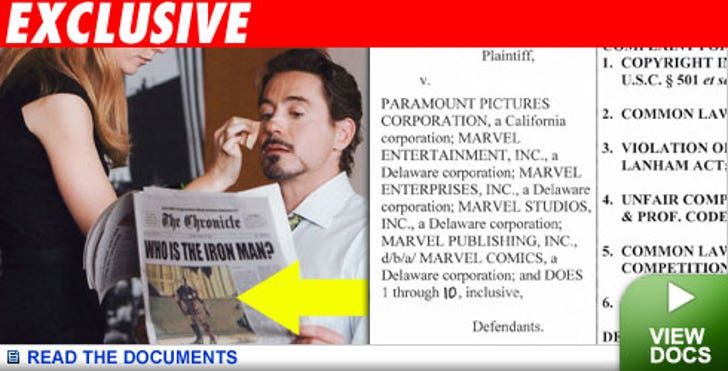 Ronnie Adams says he legally snapped the first photos of Robert Downey Jr. on set in his "Iron Man" getup. He posted them on a friend's website, only to have the studio shut it down. Then, months later, Adams saw one of his pics in the movie. He says the studio removed his watermark and used the image without his permission.

A rep from Paramount could not be reached for comment. Marvel told us they hadn't seen the lawsuit yet.