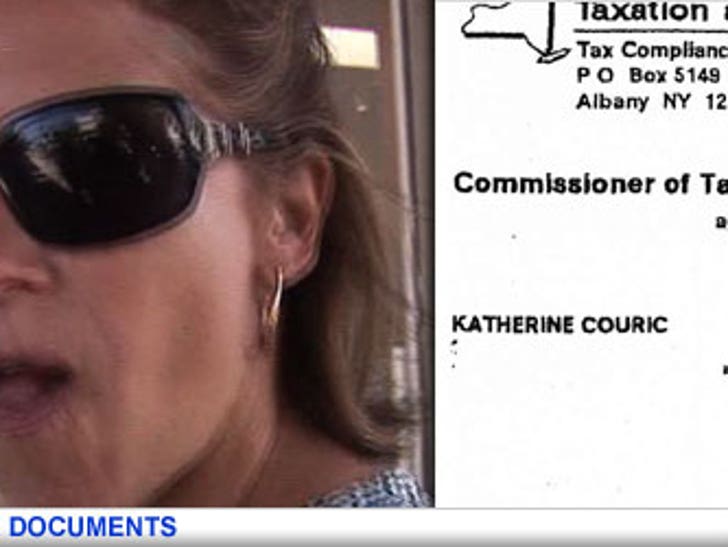 Finally, someone wants to see Katie Couric -- the New York State Department of Taxation and Finance! 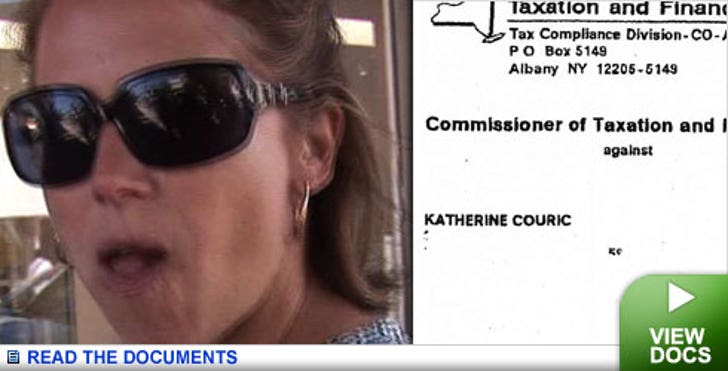 According to a document obtained by Webofdeception.com, a tax warrant was issued last year against Katherine Couric, saying she owes a whopping $210.41. We're told in general, tax warrants are issued after numerous attempts to collect are unsuccessful.

It's easy to understand how this could happen -- Katie's salary has been reported to be only $15 mil. We're told Katie doesn't currently live at the address listed on the warrant and her rep declined to comment.