Dennis Rodman pleaded "no contest" to spousal battery in an L.A. court this morning. 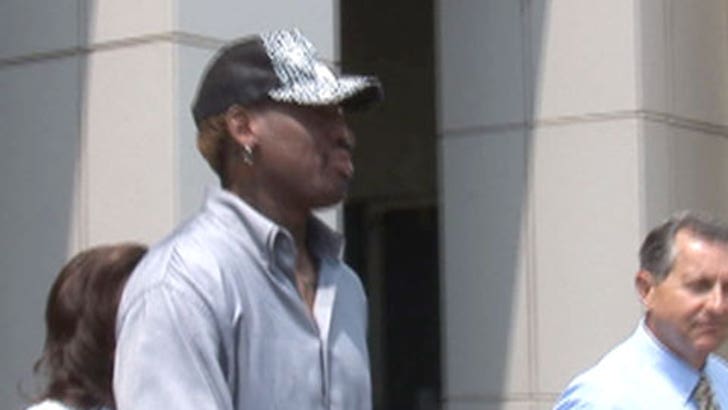 In exchange for his plea, the Worm was sentenced to 36 months of probation, 45 days of roadside graffiti removal, one year of domestic violence counseling, and six months of drug and alcohol treatment.

The judge warned Dennis about acting like a fool in the future, telling him, "If I hear or see in the news that you have committed any more crimes -- you will go to jail."

Cops arrested the ex-baller in April after he and his girlfriend got into it after a night of drinking.