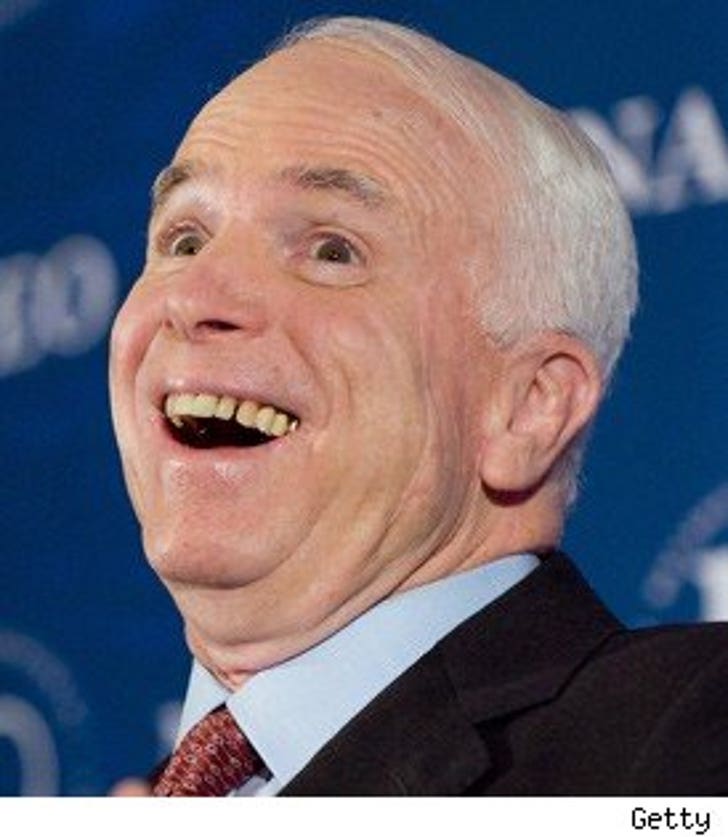 Who knew John McCain liked the sound of his own voice so much?

McCain's campaign arranged a phone call on Friday with reporters and the leaders of B'nai B'rith International, a major Jewish group. One problem, McCain's cell reception was so bad they lost the call after his first sentence.

Unfortunately, no one told McCain. Eighteen minutes passed says the LA Times, when McCain finally was put back on the line. A clueless McCain was told, "You gave your whole speech and you didn't know you weren't connected to us." He apologized and did it again.

Too bad there's no stimulus refund on time.