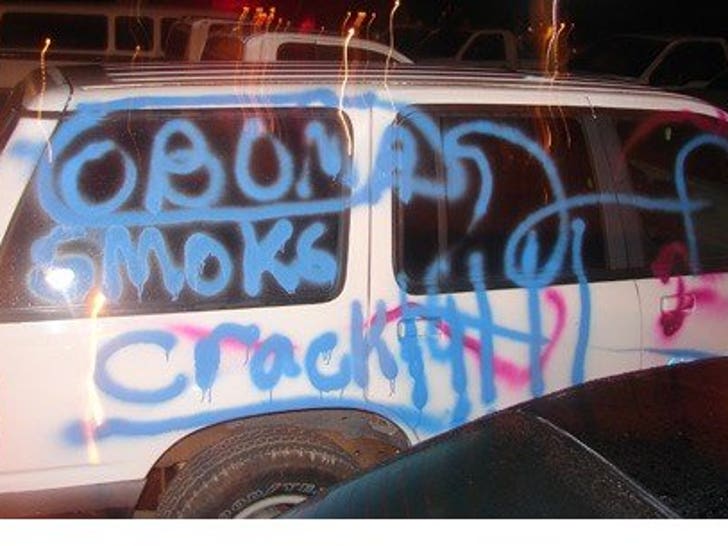 Democratic candidates for Prez should just steer clear of Florida. 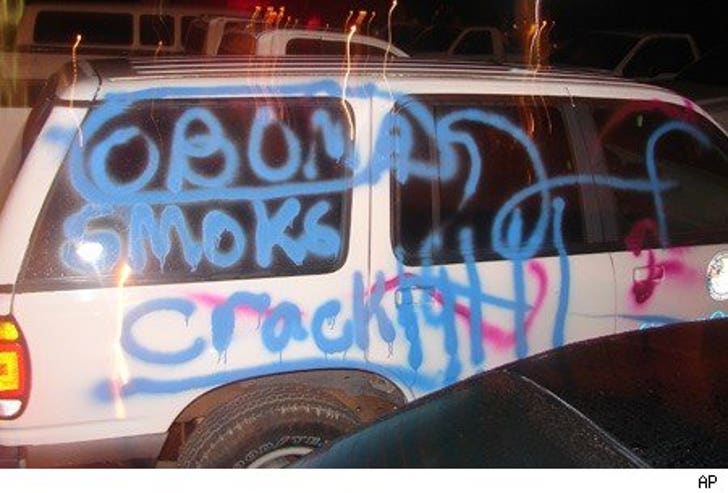 The weirdest part? Business cards left at the scene apparently belonged to supporters of Hillary Clinton.

UPDATE: Hillary's camp just sent us this statement: "There's no tolerance for this kind of activity in the political process. Hillary Clinton strongly supports Barack Obama and urges all of her supporters to do the same."