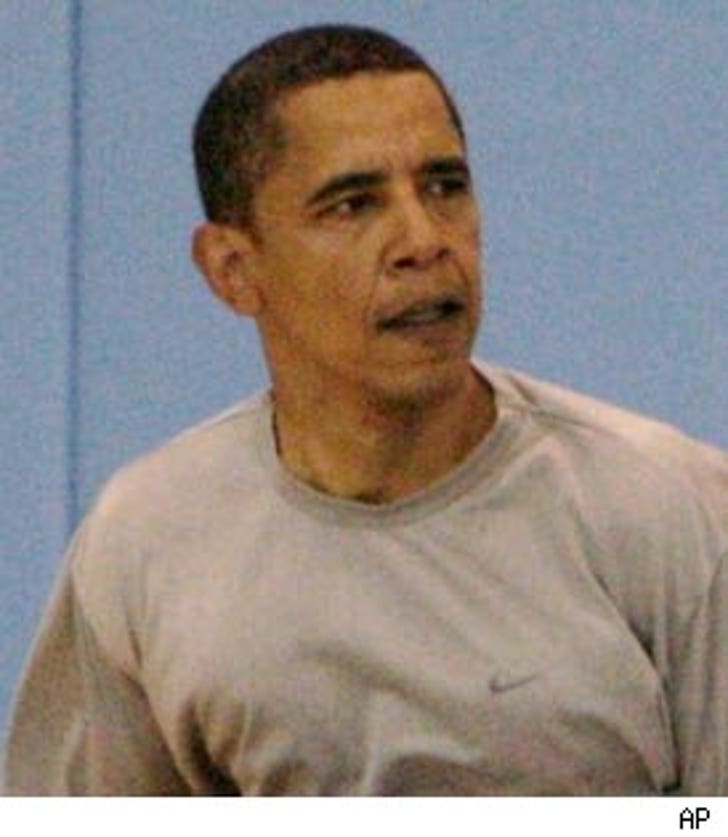 Barack Obama is gearing up for the fight of his life -- by hitting the gym!

The candidate for change was spotted at a DC sports club on Friday morning in a baseball cap, t-shirt and running pants, working his triceps and hoisting 65 lb dumbbells, according to the National Journal. Barack also got his cardio on while reading the paper and listening to his iPod on the treadmill. Arnold ain't the only bodybuilder in the political ring!

As if the three-car motorcade and Secret Service agents didn't give his identity away, Barack had to be looked up in the gym's system because he forgot his membership card.

Running for President ain't what it used to be!