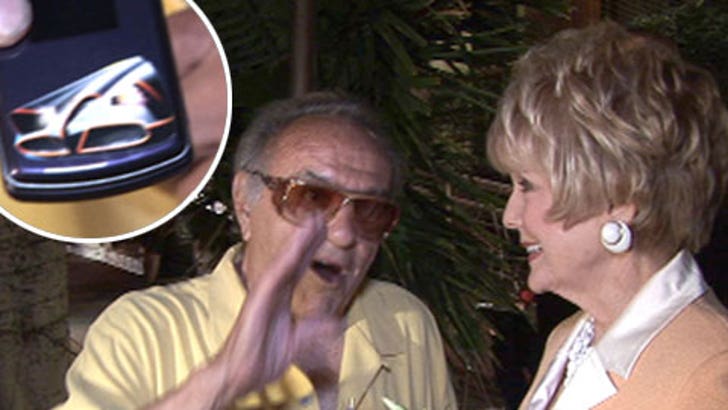 TMZ stumbled upon George Barris out in Hollywood last night. Barris is the guy who created the original Batmobile, as well the cars from "The Munsters," "The Green Hornet" and "The Beverly Hillbillies."

It's understandable how a Batman fan could be in awe of Mr. Barris -- though that doesn't explain why our photog told the cheesiest kids joke we've heard: "What does Batman do when he goes to the bathroom?"