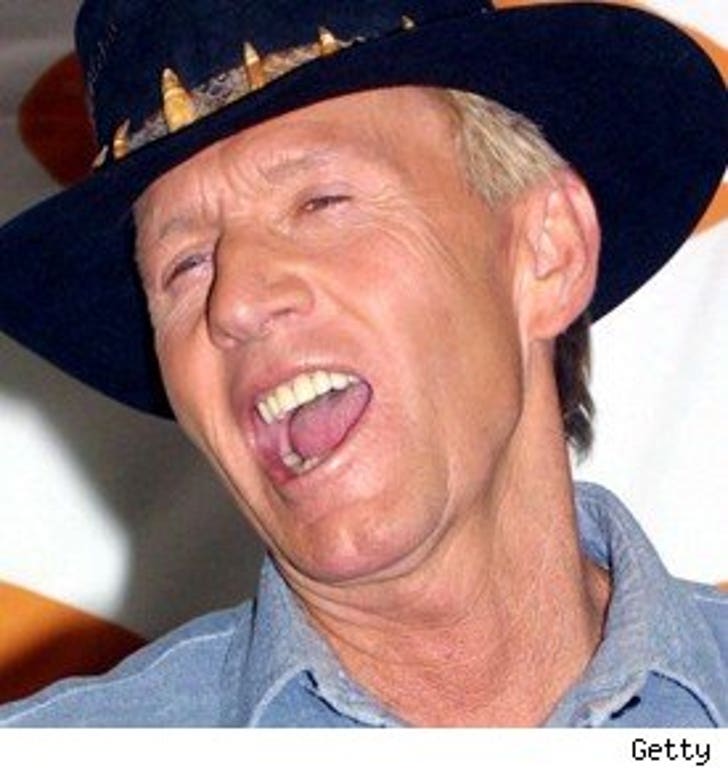 Paul Hogan didn't become famous for tax evasion, but that might just put him back on the map.

The wacktor chose to challenge Australian tax authorities Friday to track him down in the U.S. after a report in the Australian National newspaper claimed he dodges taxes more than Wesley Snipes.

Hogan is fighting IRS involvement, saying the Australian officials are unlawfully trying to obtain banking records and other docs to bust him. But Croc Dundee is ready for the fight saying, ''I'll be arrested the minute I land on the shore, of course, but I have a gun; so be warned,'' he joked. Maybe not the best time to joke.

The Australian tax office does not comment on individual cases.