A man was shot multiple times outside a Hollywood club, and TMZ got shots of the getaway car. 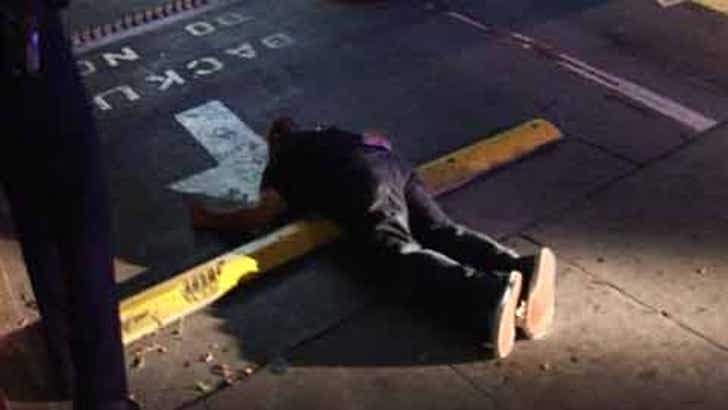 It happened around 2:30 AM this morning, right in the middle of H-Wood -- Ivar and Sunset Blvds. There are multiple clubs nearby, but we don't know where the victim or the perp were before the incident. Our photog was walking to his car when he saw a man fire four or five rounds into another guy. The shooter jumped into a car and sped off and our photog caught the escape on tape.

The perp is Black male and was wearing a hoodie (hood was down). There was a black Hummer next to the escape car and they seemed connected.

The victim is in critical condition. Another man was also shot several times, but his injuries did not appear serious. Both were taken to the hospital.