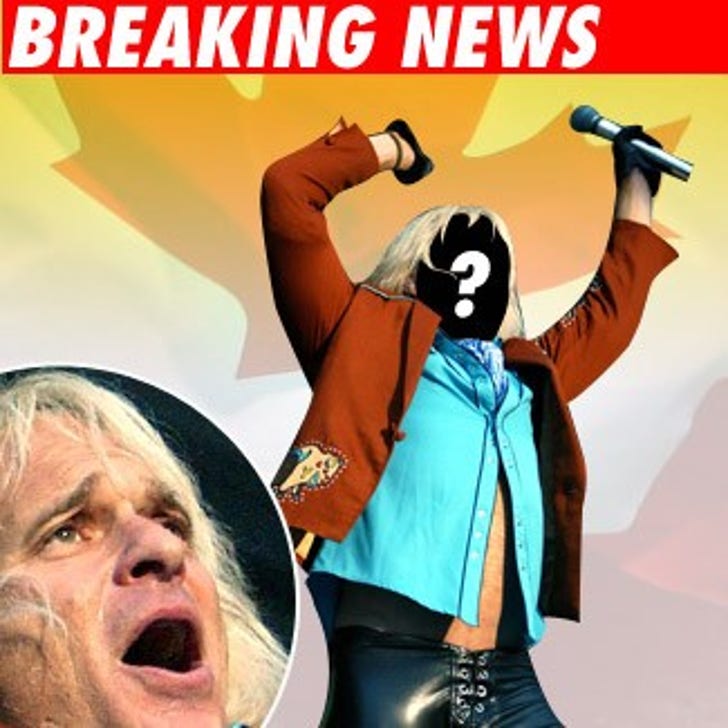 UPDATE: Canadian cops say they have identified the imposter who is running around Ontario claiming to be Diamond Dave! A police spokesperson says the man has "scammed a lot of people" and could be charged with obstruction of justice for giving a false name to cops. Apparently this dude has done this before.

Someone is impersonating David Lee Roth all over the Great White North!

The faux Diamond Dave first surfaced on May 23, after a man suffering from an allergic reaction to nuts told two Canadian cops and paramedics he was the Van Halen frontman. Now a local police spokesperson admits he's not sure if the cops on the scene actually asked for i.d.

Now "Roth" has been spotted at the Liquid Lounge in Hamilton, Ontario, reportedly singing a song and partying it up with who was described as two nurses from the hospital. The Liquid Lounge's owner says the man was wearing "expensive clothes" and sporting a hospital bracelet.

Yesterday, Dave told us he never had an incident with cops and "the only thing I'm allergic to is criticism."