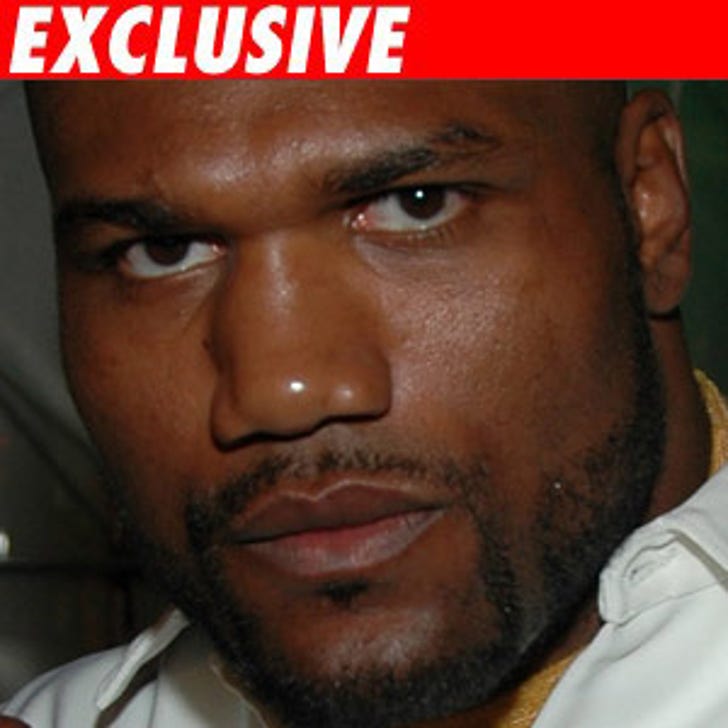 Former UFC light heavyweight champ Quinton "Rampage" Jackson got busted just minutes ago, and is currently in custody on the way to the clink -- but not before he was ordered to the ground, cops nearby with guns drawn.

Law enforcement sources tell us, Rampage was in a car crash near Newport Beach (that's near Laguna Beach in the O.C.) and then split the scene. Cops gave chase and eventually caught up and charged him with felony hit and run and felony evading arrest.

Here's the deal about the dumbest hit and run ever. Notice the truck he tried evading police in -- the one with the giant picture of him plastered on the side!

We're told there could be additional charges. No word yet on whether Rampage resisted arrest.