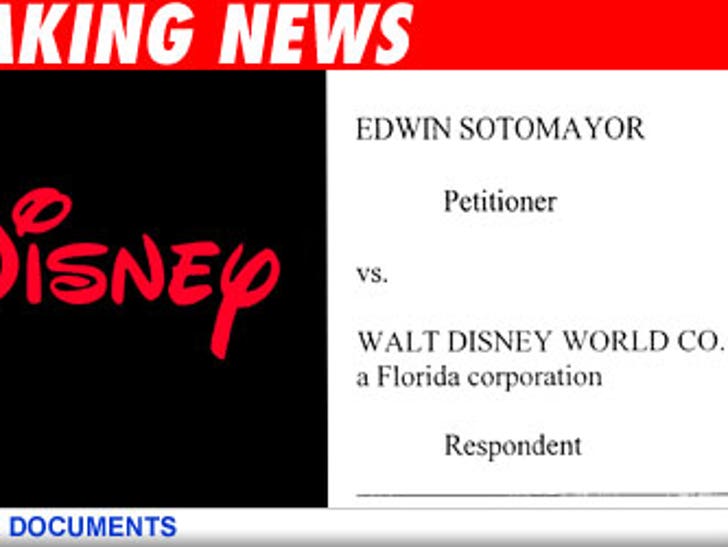 A guy who brought a gun to work at Disney World -- and who wouldn't? -- claims he got canned because he wouldn't let the Mouse all up in the backside -- of his car. 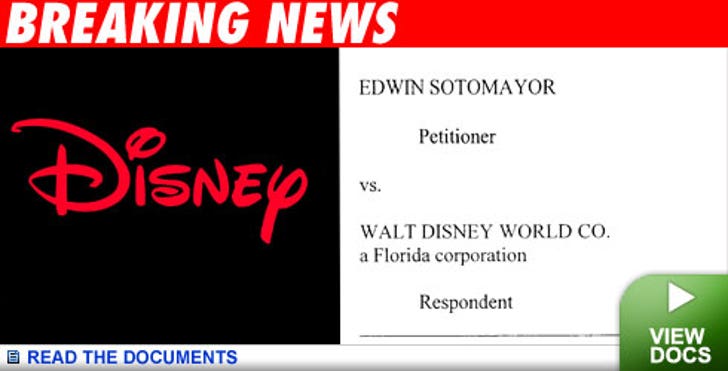 Edwin Sotomayor says in a Florida lawsuit that he showed up for work on July 4 with a handgun locked in his trunk and Disney peeps wanted to check it out. When he refused, citing a new Florida law allowing people to keep weapons in their car while at work, Edwin says he was suspended and then fired three days later.

Disney says they're exempt from the law and they have a "zero-tolerance" for firearms in the workplace.