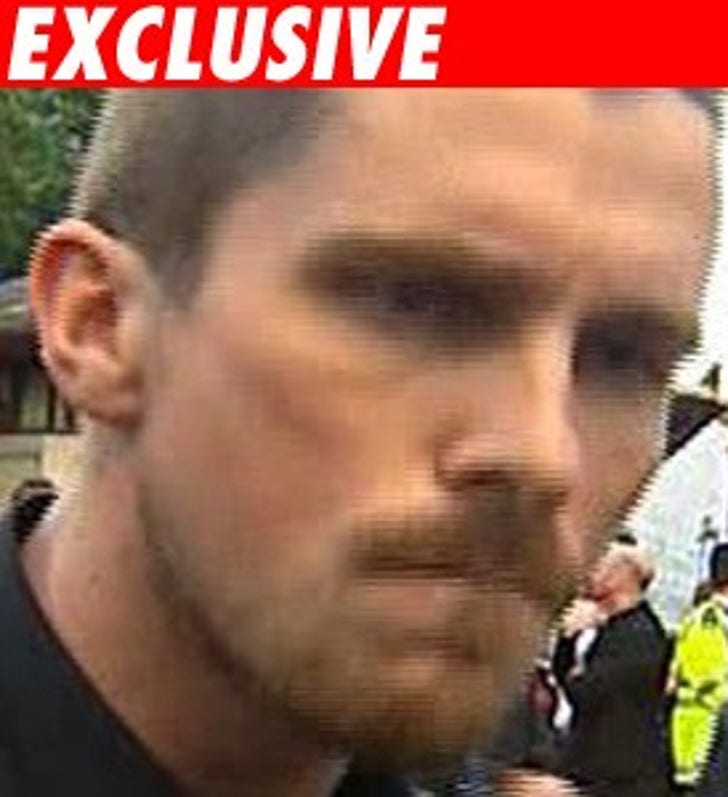 Christian Bale was one giant raw nerve days before he allegedly pushed his mother.
TMZ spies tell us Bale was on the set last Friday shooting "Terminator 4" at Kirtland Air Force Base in New Mexico.
During a scene, Shane Hurlbut (seriously), director of cinematography, screwed up a shot -- at least in Christian's mind. We're told Bale went wild, screaming "I will kick your ass" along with some other choice remarks. Several hundred people -- including Military Police -- heard the outburst, which was described as "intense."
We're told Bale was "extremely tired and having a bad day."