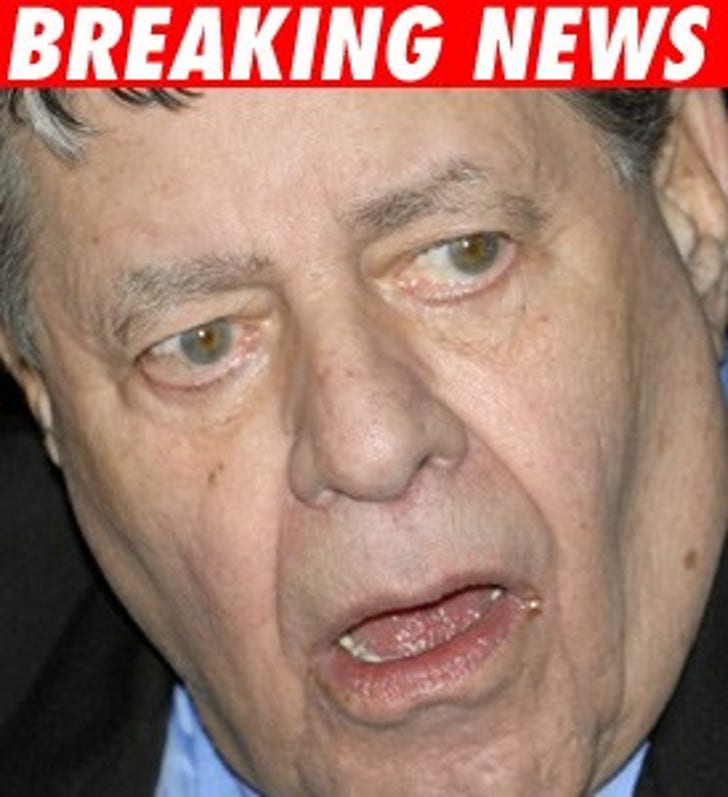 Hey lady-- you can't do that at the airport! Perpetually disheveled "comedian" Jerry Lewis got stopped Friday in the Vegas airport for having an unloaded gun in his carry-on.

Cops tell us he was walking through security when TSA officials spotted the gun in his bag. Jerry told cops -- can you guess -- that he didn't know the gat was there, adding that Jerry's kids other "members of his family" had been using the bag.

The 82-year-old was cited for carrying a concealed weapon without a permit and released.

Lewis' manager tells us it was a "fun gun" -- essentially a show prop -- and he did not know it was in his bag. Sure Jer, they all say that.