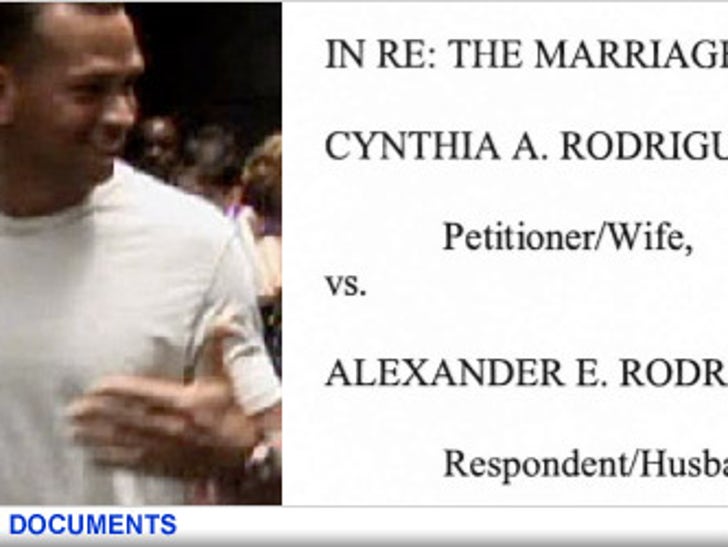 A-Rod is swinging back against C-Rod in their divorce case, and here's the pitch: You'll eat that prenup and like it. 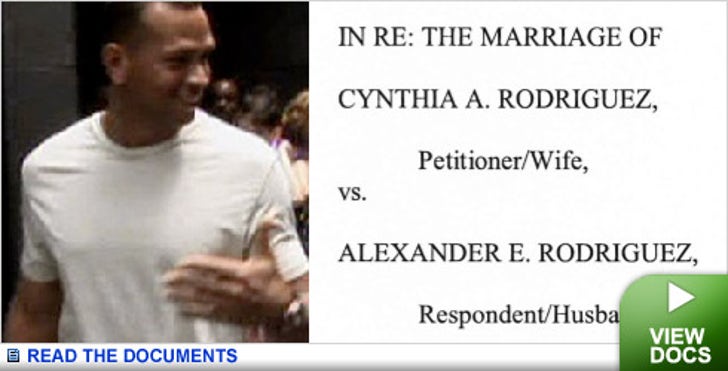 Alex Rodriguez filed his response to wife Cynthia's divorce filing, and while he slams any suggestion of infidelity as "immaterial and impertinent," he doesn't deny that they were true. What's more, he says that he's going to hold Cyn to their prenup, the terms of which aren't precisely known, but are said to be in A-Rod's favor.

Meanwhile, he does admit that Cynthia is a "loving and nurturing mother" and will agree to help pay support for their two kids.

One other lil' tidbit: A-Rod clearly thinks he and the Yankees are going to the playoffs, saying that he''s required to "travel extensively ... more often than not through the baseball playoffs in October."