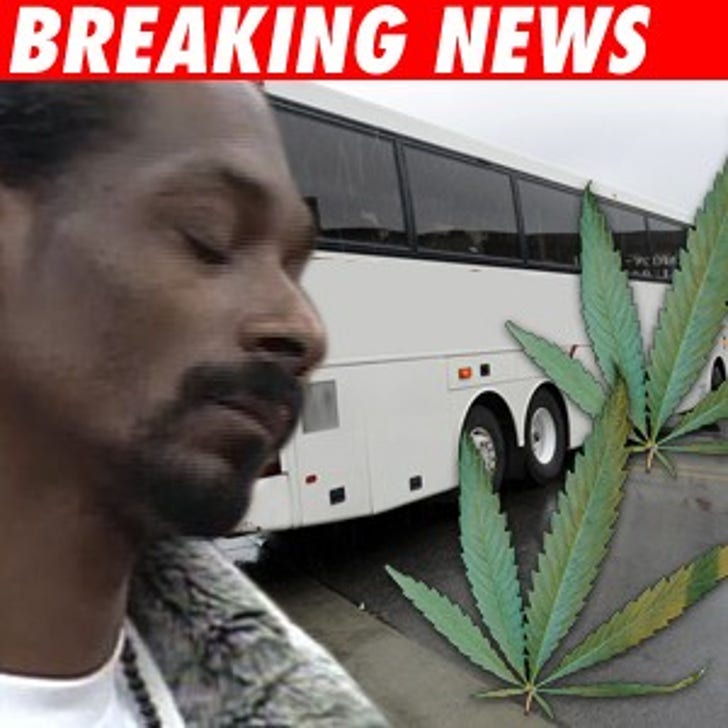 Smoke weed every day! Two members of Snoop Dogg's entourage were busted this afternoon in Texas after cops pulled D-O-Double-G's tour bus over for a routine traffic stop.

Cops tell us the bus was stopped for expired tags. When officers boarded the bus, they sniffed what they thought was the Mary Jane. After investigating, they found two oz. of the green stuff and arrested two men who admitted it belonged to them. They were arrested and booked into the Navarro County Jail.

We're told Snoop was on the bus, but was not arrested.