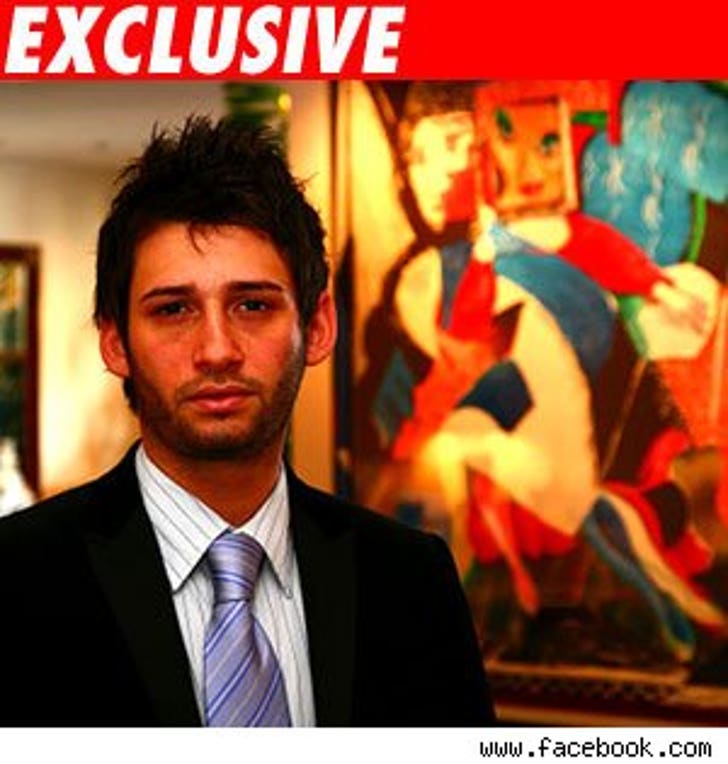 Josh Flagg, the star of next season's Bravo show, "Million Dollar Listing," may be the victim of one of the oldest proverbs in the world. But in his case, a picture may be worth a thousand days in the slammer.

Josh's day job is an estate broker -- selling expensive stuff that dead rich folks owned. Josh was arrested for allegedly stealing ridiculously expensive art that was part of the estates he was handling, including Picassos and Chagalls.

Josh posted the pic on the left on Facebook of him in his old house. Incidentally, the painting in the background is the exact kind of art he's been accused of stealing. Brilliant upload.