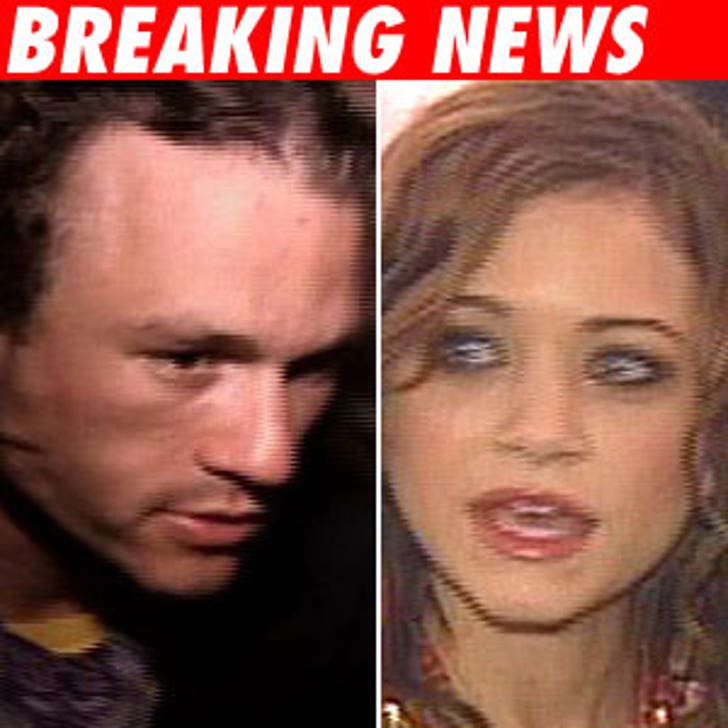 After reports surfaced the Feds have repeatedly tried and failed to get Mary-Kate Olsen to spill what she knows about how Heath Ledger got the drug cocktail that eventually killed him, the tiny twin's attorney Michael Miller has issued the following statement:

"Despite tabloid speculation, Mary-Kate Olsen had nothing whatsoever to do with the drugs found in Heath Ledger's home or his body, and she does not know where he obtained them. Regarding the government's investigation, at Ms. Olsen's request, we have provided the government with relevant information including facts in the chronology of events surrounding Mr. Ledger's death and the fact that Ms. Olsen does not know the source of the drugs Mr. Ledger consumed. "

Cops say the masseuse who found Ledger's body last January spent nine minutes making three separate calls to Olsen before calling 911, then called her again after paramedics arrived. After getting the calls, cops say MK sent her bodyguard to go check on the situation .