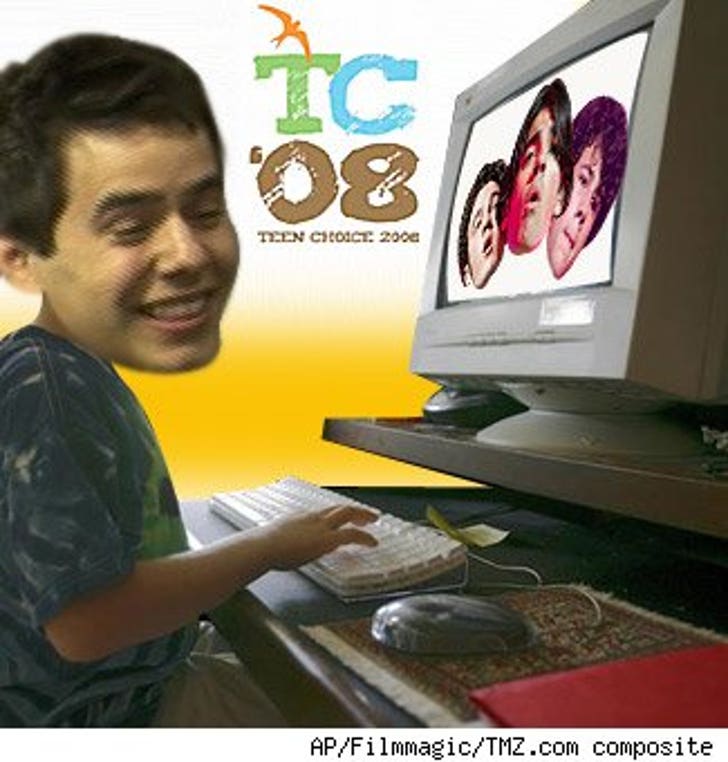 It's hard to tell the Jonas Brothers apart sometimes, but here's a hint: David Archuleta isn't one of them.

Kevin, Joe and Nick were so happy about their Teen Choice Awards victories, they blogged about it on their MySpace page. They were particularly jazzed about their win for Most Fanatical Fans. The only problem is they didn't win that award -- David Archuleta did.

Don't take away the one thing he's won!