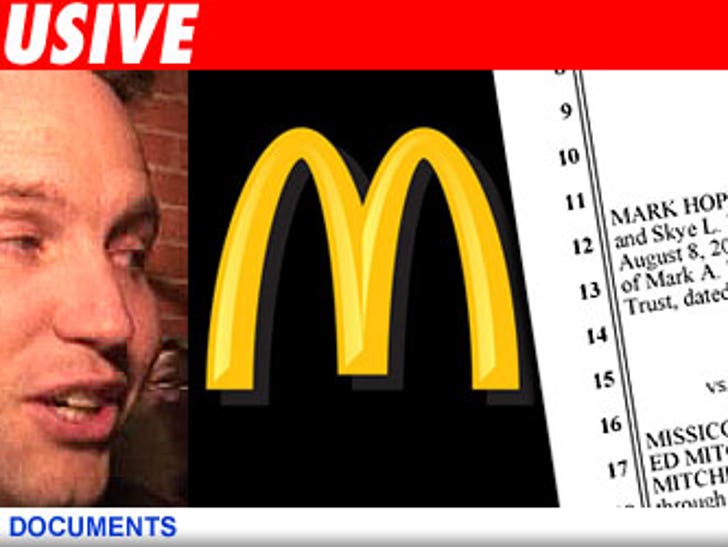 What if you could get your fast food fix without having to talk to a pesky human being? Sounds kinda awesome, huh? 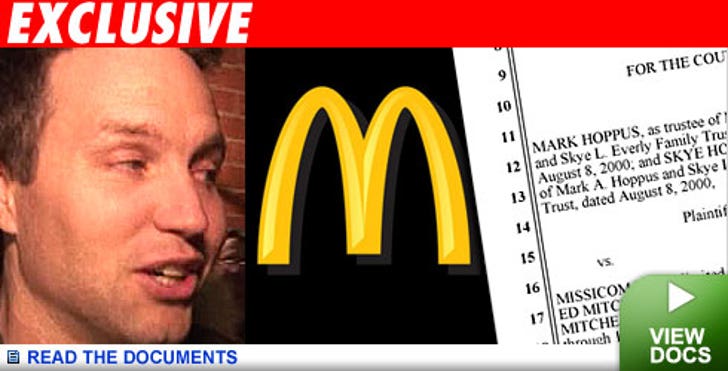 Former Blink-182 frontman Mark Hoppus, super-sized golf legend Phil Mickelson, and as many as a hundred others thought so, too -- but after investing a ton of $$$, they're definitely not lovin' the idea now.

In a lawsuit filed today in L.A., Hoppus alleges that a "company" called Missicom took him for millions, supposedly to install self-service cashier terminals in McDonald's joints in Cali.

The company turned out to be as faux as the McRib -- and no terminals ever materialized. Mark now wants $2 mil in damages.